From EDP Live Bands to the NOS Alive music festival

At the age of 25, Churky - born Diogo Alexandre da Silva Rico Rodrigues - excels as a singer, guitarist, composer and music producer. Recently, he was crowned the big winner of the 2018 EDP Live Bands competition.

Besides the album he will record with Sony Music, this victory has granted him the opportunity to perform at NOS Alive '18 and at the Mad Cool Festival in Madrid.

Diogo began his musical career playing with a cover band in bars when he was a teenager.

Churky, his eternal nickname, became his nom de plume by chance and spontaneously, in line with this singer's style, to whom music comes naturally.

We chatted with him to find out how it feels to drop out of school to become a musician - and to have, at the age of 25, an original album, a European tour, a brand new EP (Estórias), and even a Eurovision song.

You started playing with The Blacknoises in bars when you were only 13 years old. How would you describe the experience of performing live at that age, and what kind of covers did you play?

It was a rock and roll band. We used to play Arctic Monkeys, Strokes and that sort of indie rock stuff. I was 13 when I started, and that was my first experience. I don't remember much, but I recall that we were a cool power trio, very rock and roll! Playing in bars when I was so young... The only possible problem was the fact that I was too young to go to bars [laughs], but other than that, it was the same. 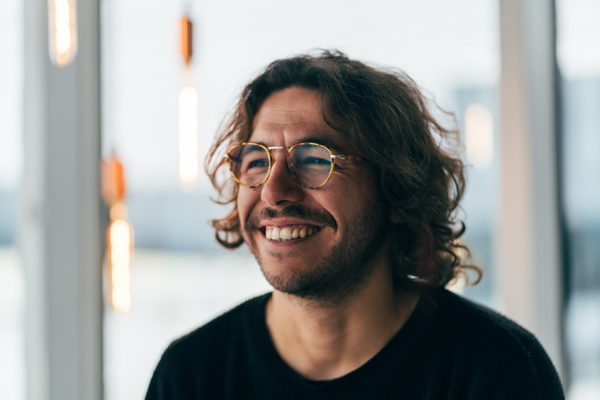 In 2013 you published your first solo song online, called 'Waiting for the Sun'. What inspired you to write this song?

I remember that I wrote that song with a friend of mine, Nuno Ruas, who inspired a lot of my choices. I was very young, it was the first song I wrote, and it was the first time I went into a studio, to record that song. I was listening to a lot of John Mayer stuff, and more commercial stuff as well, and that was where my inspiration came from.

The Doors have a song with the same name. Is there any connection?

Yes, they have, but no. I love The Doors, but there's no connection whatsoever.

In 2015 you wrote a song for the Eurovision Song Contest, called 'Mal Menor', which was sung by the tenor José Freitas. Did you know that he would perform the song when you first wrote it? How was that decision taken, and how was the experience?

I didn't know. I wrote the song two years before that, I think. Before the Song Contest, they called me and asked me if I wanted to do it, or if I already had a suitable song for that, so we decided for that one. So the song was not specifically written for a tenor…

So the song was not specifically written for a tenor…

No, the song was a kind of 'slow blues', and it was a bit different. But he did his rendition and it turned out nice.

Your entire first album - 'Golden Riot' - is in English, just like your first song, 'Waiting for the Sun'. Why the impulse to write in that language?

I listened to a lot of music in English when I was a kid, and I've always liked it more... I don't know why, maybe because of the language's musicality. So when I started writing music, my compositions naturally flowed in English. I'm very spontaneous. When I write music it's just guitar and voice, so it's a bit impromptu. Everything always flows in English. Later on, I learned to enjoy the Portuguese language.

And why did you start writing in Portuguese?

I started listening to a lot of Brazilian music - a lot of Bossa Nova, a lot of MPB [Música Popular Brasileira, literally 'Popular Brazilian Music']. And I started to like that song concept, that format, the way words are chosen... it was basically because of that. In the meantime, I started to feel that Portuguese was becoming stronger than the English lyrics I had written. It meant a lot more to me, it was much more authentic, it was me. When I was younger, I wanted to follow the American way of doing things, but over time I started to attach more importance to who I really am, and I'm from here. So it makes perfect sense. 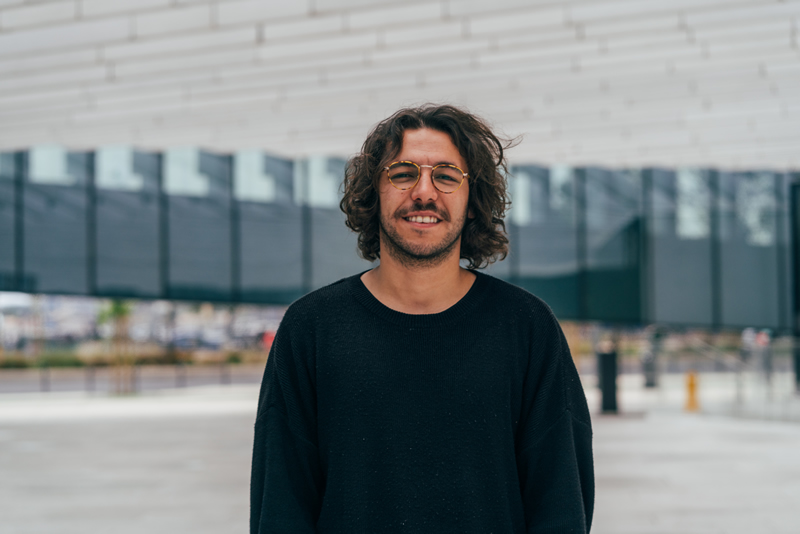 What did your parents think about your decision to become a musician? What became of your studies?

I quit school when I was... I think I was already 16. I was talking with my mother and she asked me what I really wanted to do. It was one of those serious talks. And I remember that we were on our way to school and she turned back and said “No, if you want music, then music it is”. So my parents accepted the fact that I wanted to live off music. But I had to show them that it is hard work [laughs].

Is music your priority as an artist, or is there any message you would like to convey?

My priority is music, it's always the music... I make music for music's sake, and the lyrics sort of cling to it. As for what other people read into it, it's open to interpretation, because that's what art is about, right?

Why did you decide to sign up for the EDP Live Bands competition?

I had already participated once, but I didn't make it to the final... And this year I decided to participate again. I went a year without participating, but then I decided to try again because I had a song in Portuguese with a different sound and I thought, “let's give it a try!”

How would you describe your experience with the contest?

It was an awesome day, because I basically went there with my friends to have a good time and do what I like, and then things ended up going well, so it was a cool experience. More than the awards and all that, I really enjoyed being there with my family.

What kind of doors do you think this victory will open up for Churky?

The night of the final itself was an open door, it was cool. Making it to the final was a big victory for me, and winning was even better because now I feel that I can reach places that I couldn't reach on my own.

What plans do you have for Churky's future? What are the next steps - which you can disclose?

Besides Alive and Mad Cool, I'm going to make a new album and release it next year.

If you were not a musician and you had to choose a so-called 'traditional' career, what do you see yourself doing?

Nothing. I really can't do anything else (laughs). I'm useless at everything (laughs). Music is the only thing I've been doing since I was a kid. And it's so natural that I don't even see it as a job. At the end of the day, it is a job - but it's not compulsory, it's just me. I love it, and I have arranged things so that I can do what I love in life. That's basically it. But I can't imagine doing anything else, no.

If you never heard his music, take a peek (and listen) here:

Churky was the winner of the Portuguese version of EDP Live Bands 2018. Know more about this competition. 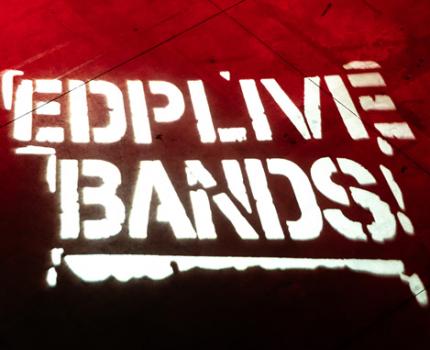