Lights on! Memories of an emergency service team | edp.com

In modern societies, electricity is an essential commodity. It's one of the things we can no longer live without - at least comfortably.

Our lifestyle requires power plugs, whether for something as important as keeping the refrigerator on, or simply for charging up our mobile phones. Most of us don't think about this, but making sure that these everyday life details are just that - details - is the mission of a very particular group of workers.

José Carlos Neves has been working at EDP for 40 years - a whole life. Years of experience have allowed him to amass a rare level of knowledge, which he likes to share with others using his calm voice.

He is one of the people in charge of Lisbon's Grid Service Unit, the EDP Distribuição department which, together with the Urgent Maintenance and Service Reconnection Unit, "saves lives" with regard to electricity. In other words: they make sure that in the event of a power outage, it will be restored as soon as possible. And when we think about priority clients, it can literally save lives.

"These workers' absolute priority is to restore electric power to all customers," he says; "they are the eyes of our Command Center on the ground." 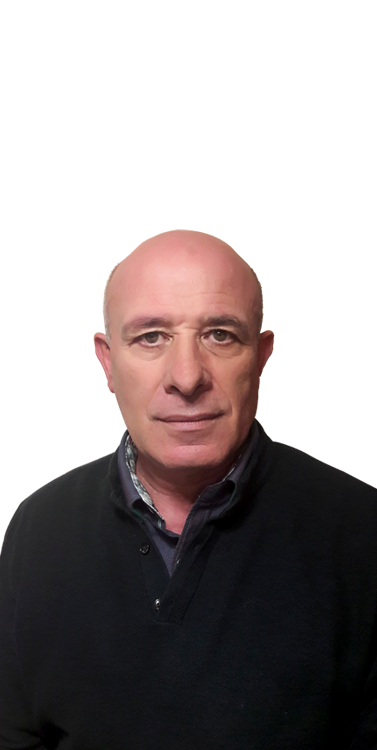 In other words, in the event of a power outage, there are several teams (on duty 24 hours a day, 365 days a year) which are ready to enter "adrenaline mode" and assist the electricity grid, always in coordination with the Command Center, which guides them on the phone.

These teams, more commonly known as emergency service teams, are a sort of electricity ambulance squad. "Urgency and availability" is the motto of these men, who have given up the traditional 9-to-5 schedule to embrace this all-important mission.

"Usually, people only remember EDP on two occasions: when the bill comes, and when a power outage occurs." These are the words of Pedro Silva Paulo, the head of EDP Distribuição's Urgent Maintenance and Service Reconnection Unit, which, albeit jokingly, accurately describes the attitude of many customers. Often received with suspicion or sheer discontent (which quickly turns into joy as soon as power is restored), these professionals are constantly reminded that they are the "face" of EDP. But it's actually a bit more complex than that.

"People don't understand that EDP Distribuição, the company responsible for maintaining the grid, is not the same company that bills them," Carlos Barbosa points out. An electricity restoration technician since 18 years ago, Carlos has been working with Eduardo Baltazar since the teams were reduced from three to two members, largely due to technological advances. 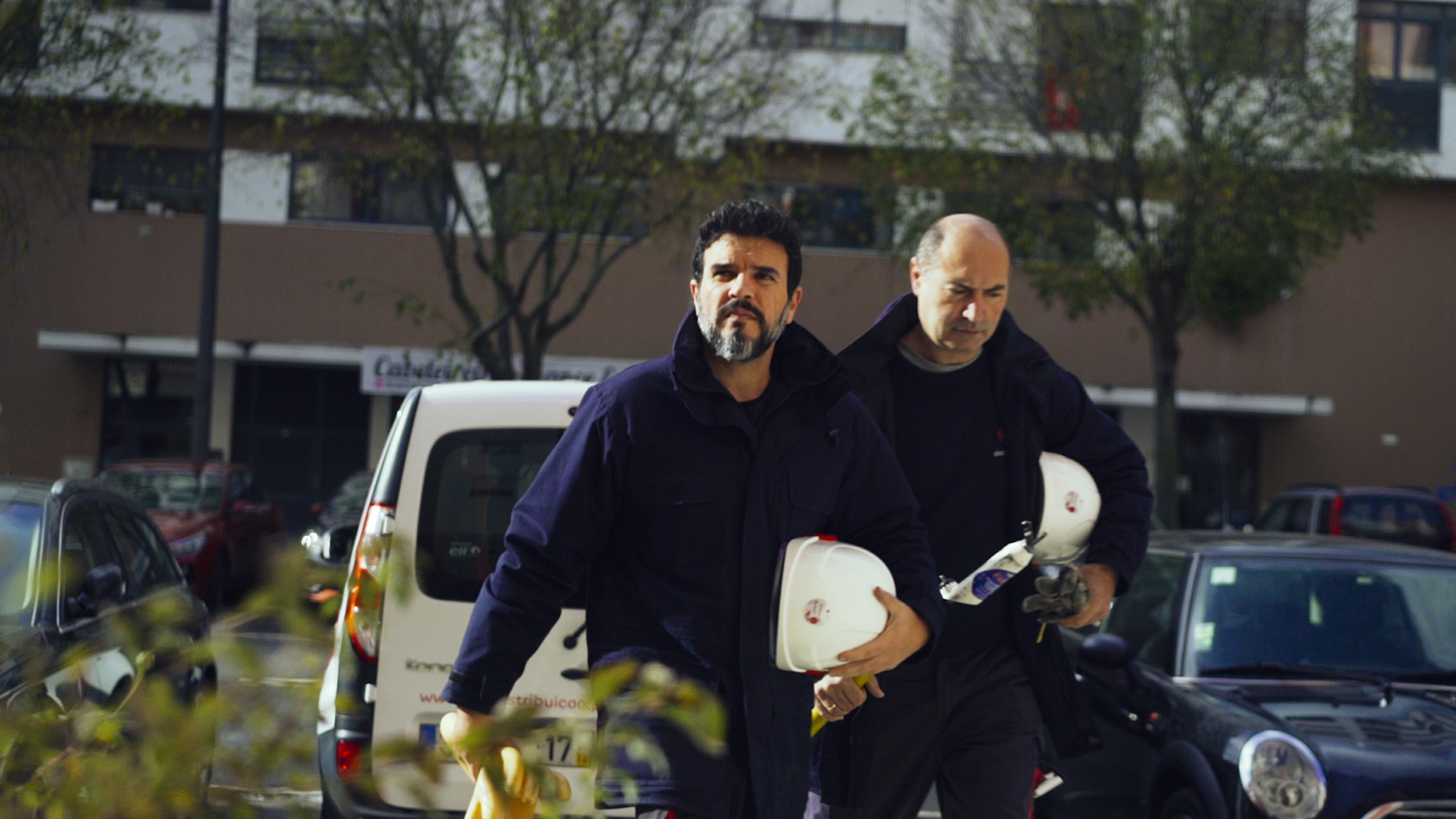 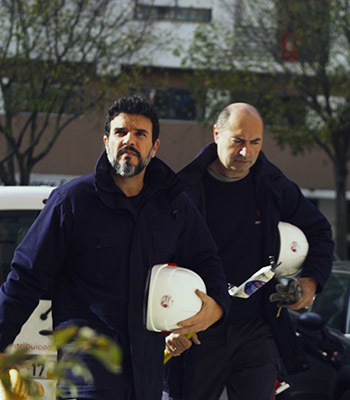 Emergency service work requires high levels of concentration and scrupulous compliance with safety rules. Coworkers don't usually talk about electrical risk, but that doesn't mean they underestimate the danger. On the contrary, it reflects the acknowledgment of the risk -- which, for these professionals, is always there, in every situation.

"Life is the most precious asset for people and businesses, and no company or management board can ask someone to put their lives at risk", says Pedro Silva Paulo, from EDP Distribuição.

Employees are encouraged to adopt a safety culture, by means of awareness sessions and discussions after accidents, always with the goal of understanding what went wrong and what can be done to avoid it in the future. Anyone who deals with 10kV of electricity on a daily basis (the so-called medium voltage, with which Carlos and Eduardo work) knows perfectly well what happens to the human body when it comes into contact with the electric current.

For this reason, they never fail to wear protective equipment:

Electricity is odorless, colorless and invisible... until an accident happens. In fact, according to the European Agency for Safety and Health at Work, electricians have one of the most dangerous jobs in the world.

The actual physical work is not particularly heavy -- except for the occasional lid that needs to be lifted in order to provide access to underground facilities -- but it can be very demanding from an emotional point of view. 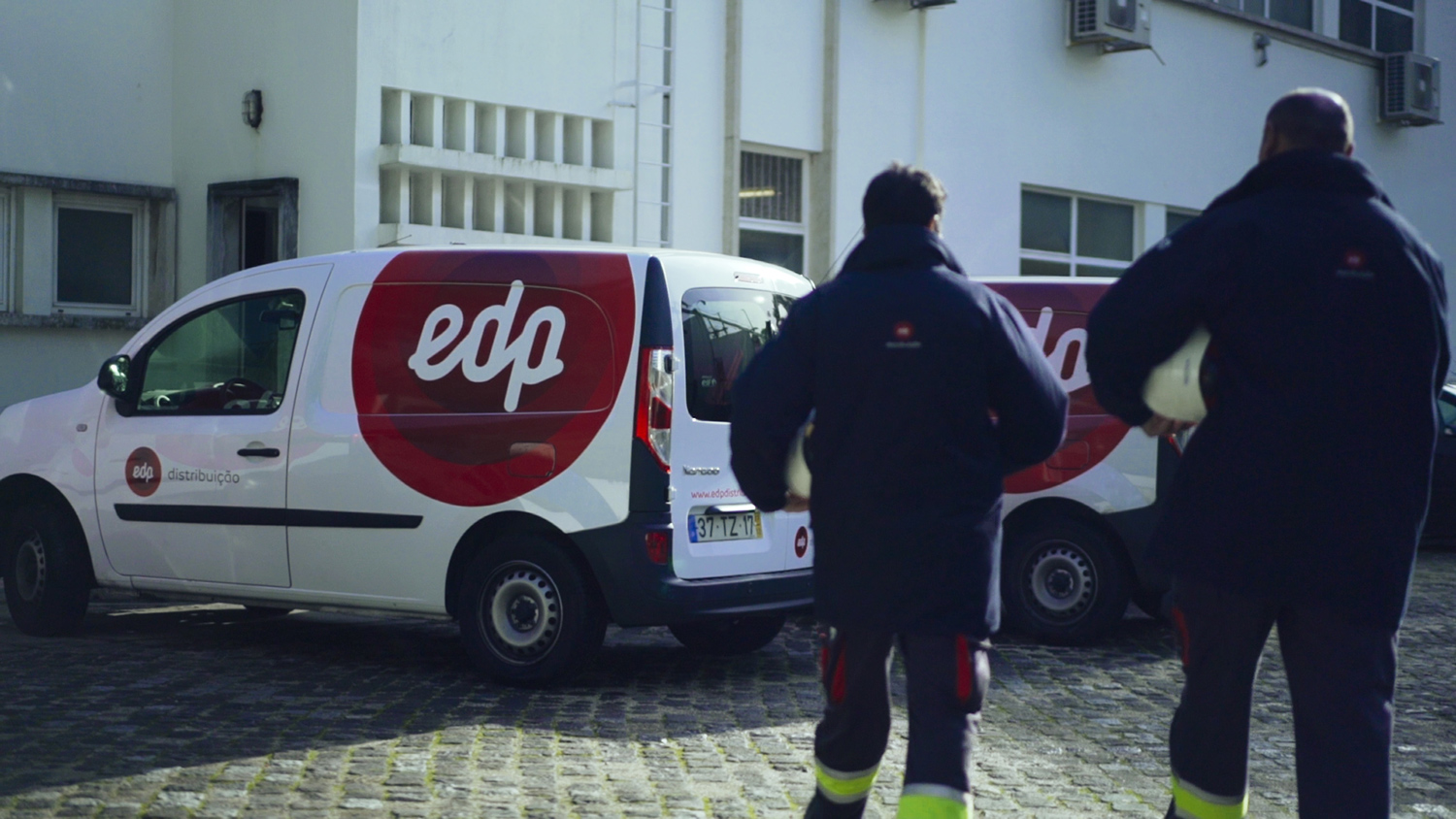 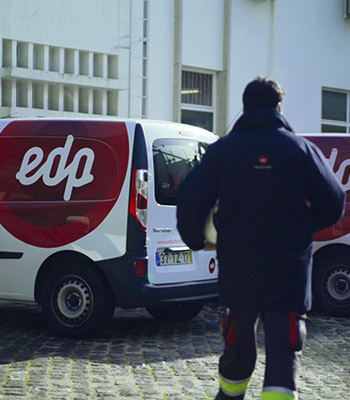 Aside from repairing power outages and carrying out grid maintenance operations, Carlos and Eduardo are also called to cut off electricity supply to defaulting customers -- that is, customers with several months of unpaid bills.

Cutting off power supply is a bit hard sometimes, especially when you realize it's a clinic, a hospital or a nursing home... But we always try to talk to people first, see if they can make these payments in due time so that their electricity is not cut off. 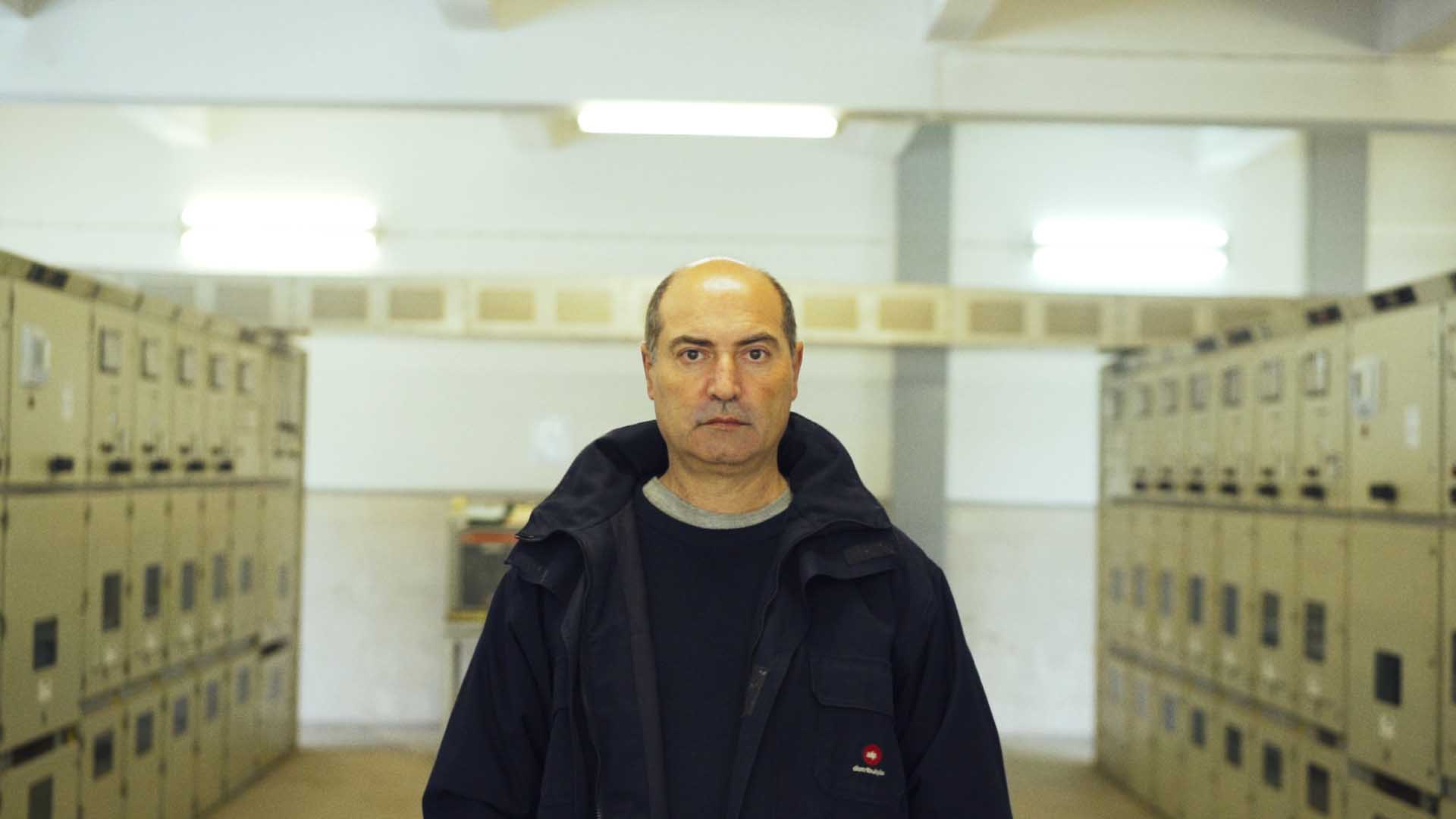 Away from their families on the most important dates, working outdoors and after hours, amid storms and even fires, emergency service teams often work together with the Civil Protection Service and the Meteorology Institute, as when Hurricane Leslie hit Portugal.

But it is in times of crisis that the team spirit is stronger: people juggle multiple tasks because the sense of urgency is all-too-real.

"They may even be a bit older and lack some dexterity, but in an emergency... everyone grabs their tools and helps in the best way they can when storms, hurricanes or fires occur," says Pedro Paulo.

However demanding the work may be in physical and mental terms, there's always the other side: knowing that if they were called (especially in Lisbon), it means that there are a lot of people "in the dark."

And that's enough motivation to drop everything and go out on their mission. 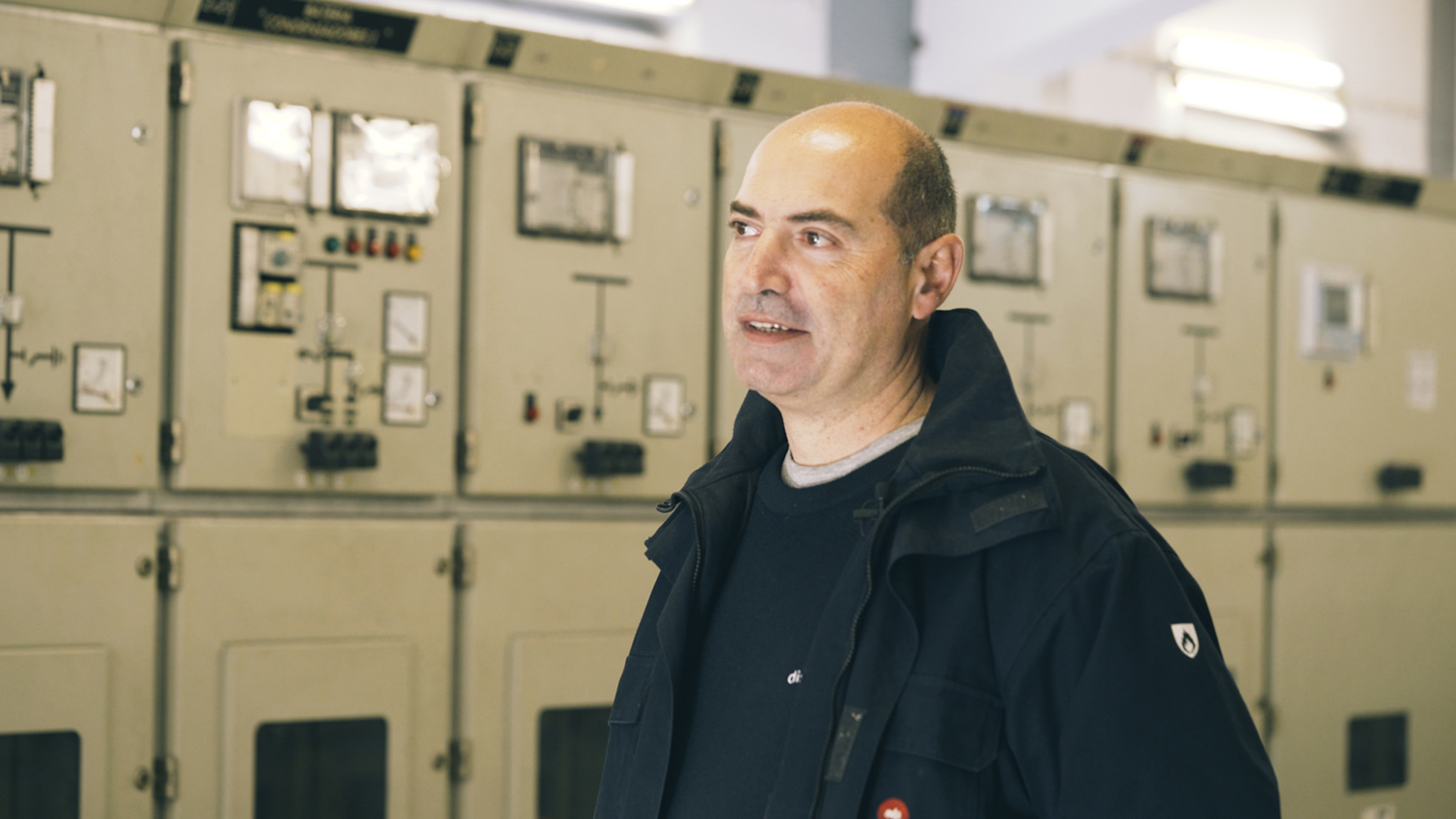 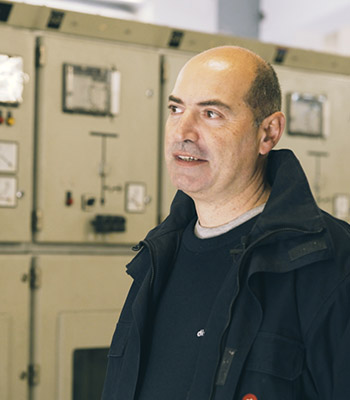 The proof that the mission has been completed is called EIT, or Equivalent Interruption Time.

This indicator brings together every single minute a given area has gone without electricity throughout the year and adds it up in a single interruption. 20 years ago, for instance, the EIT in Lisbon amounted to about 500 minutes. Today? Less than 50 minutes.

This means that in the past two decades there has been an extraordinary decline in supply disruption frequency, largely thanks to technological advances, the strengthening of grids (which are now bilaterally fed), and the efficiency of emergency service workers.

"People don't usually have candles at home anymore," Pedro Paulo points out, precisely because power outages have become much shorter.

From road maps to GPS

Thanks to the so-called "remote control," it has become possible to do much of the emergency service remotely. This is a device that basically works like a remote-controlled switch.

"It's a switch like the one you have at home, but it's a bit larger," Pedro Paulo explains, and it makes it possible to insulate (from the electric current) the devices that exist in transformation stations on the streets, so that repair and maintenance operations can be carried out.

This "switch" is controlled through a computer located in the Dispatch Center; but if for any reason this is not possible, it can also be operated by emergency service teams.

As Carlos Barbosa says, the teams have benefited greatly from technological developments, especially with regard to communications.

When we have a breakdown, this is usually communicated to us by phone... But it used to be done through a CB [Citizen Band] radio [which was kept in the van], and if we were having lunch, as there were no cell phones, we would give the restaurant's phone number to the Dispatch Team so that they could call us if necessary." 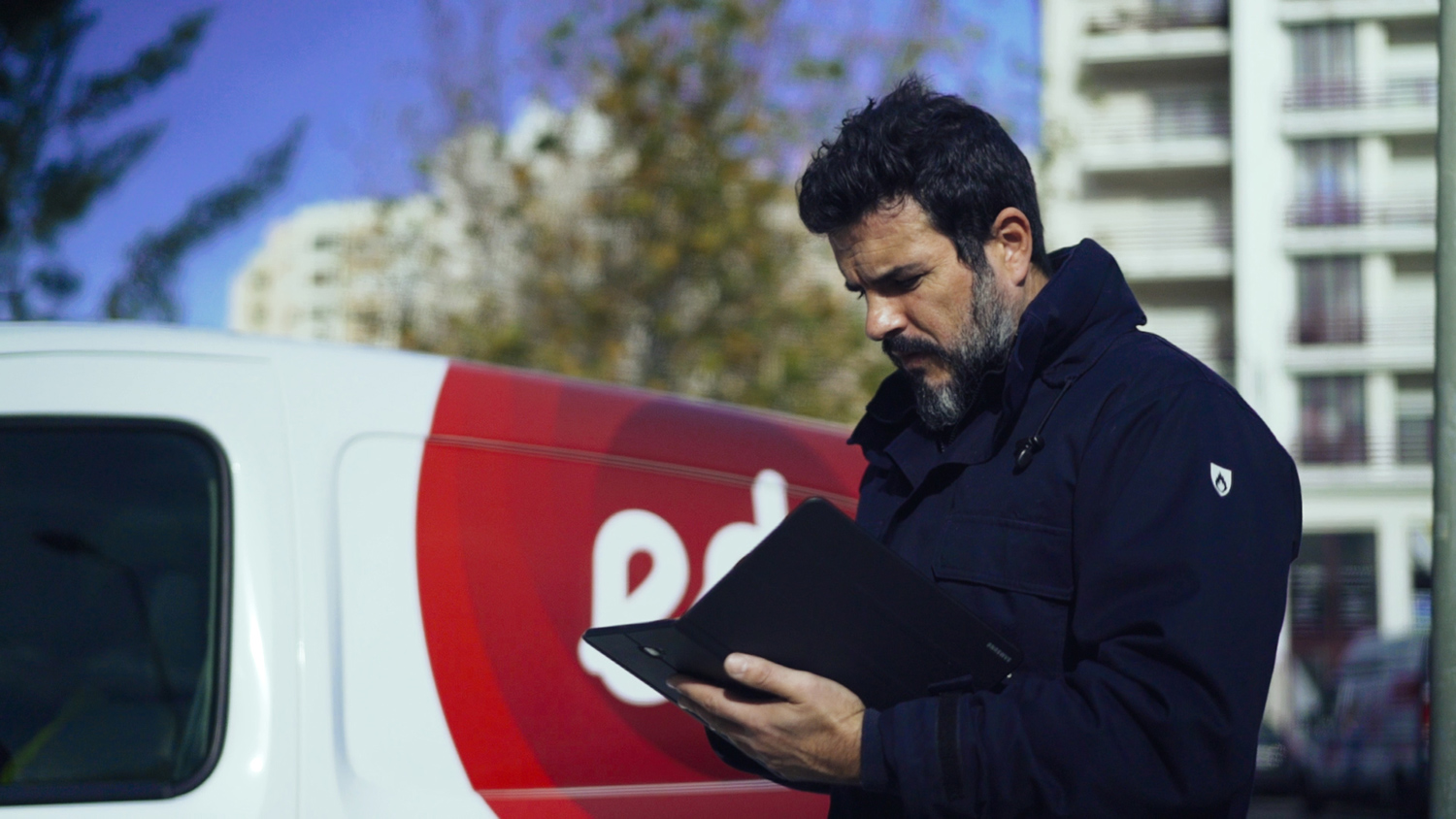 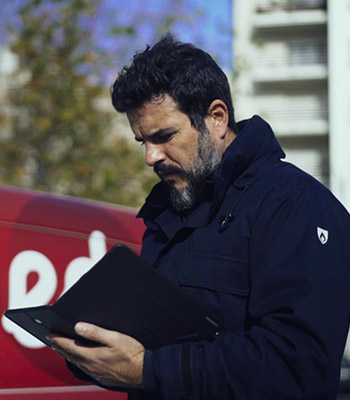 Likewise, the trip to the location of the breakdown, which is now assisted by GPS, used to require the help of a road map - a book that had to be opened whenever a "mission" came up.

Some emergency teams are in charge of medium-voltage (10kV) maintenance and repair works; others are responsible for low-voltage assignments (230/400V), the kind that affects customers' homes); but both perform similar duties and have many stories to tell.

José Carlos Neves and Pedro Silva Paulo recall an episode in which an emergency team was called to make repairs at a certain embassy, but was forced to undress to make sure it posed no security threat.

"Sir, I'm in a room and now they're forcing people to be in their underwear," Pedro Paulo amusedly recalls. "They kept asking, 'What do I do?' and we said, 'Well, we need to get it done, so do what they say!'"

On another occasion, they were barred from entering the embassy because they brought an electroscope with them. This is one of the many tools that emergency teams carry around on a daily basis, and it's used to determine if there is electricity in a power line. Like a "giant voltage tester," this is a long pole whose tip is brought into contact with the power cable, triggering an alarm in the presence of voltage. Emergency teams use it to ascertain whether a particular piece of equipment is insulated and ready to be repaired, or whether the presence of voltage means that they need to keep their distance. Due to the design of the electroscope (which can seem to resemble a weapon), the emergency service team was barred from entering the embassy. 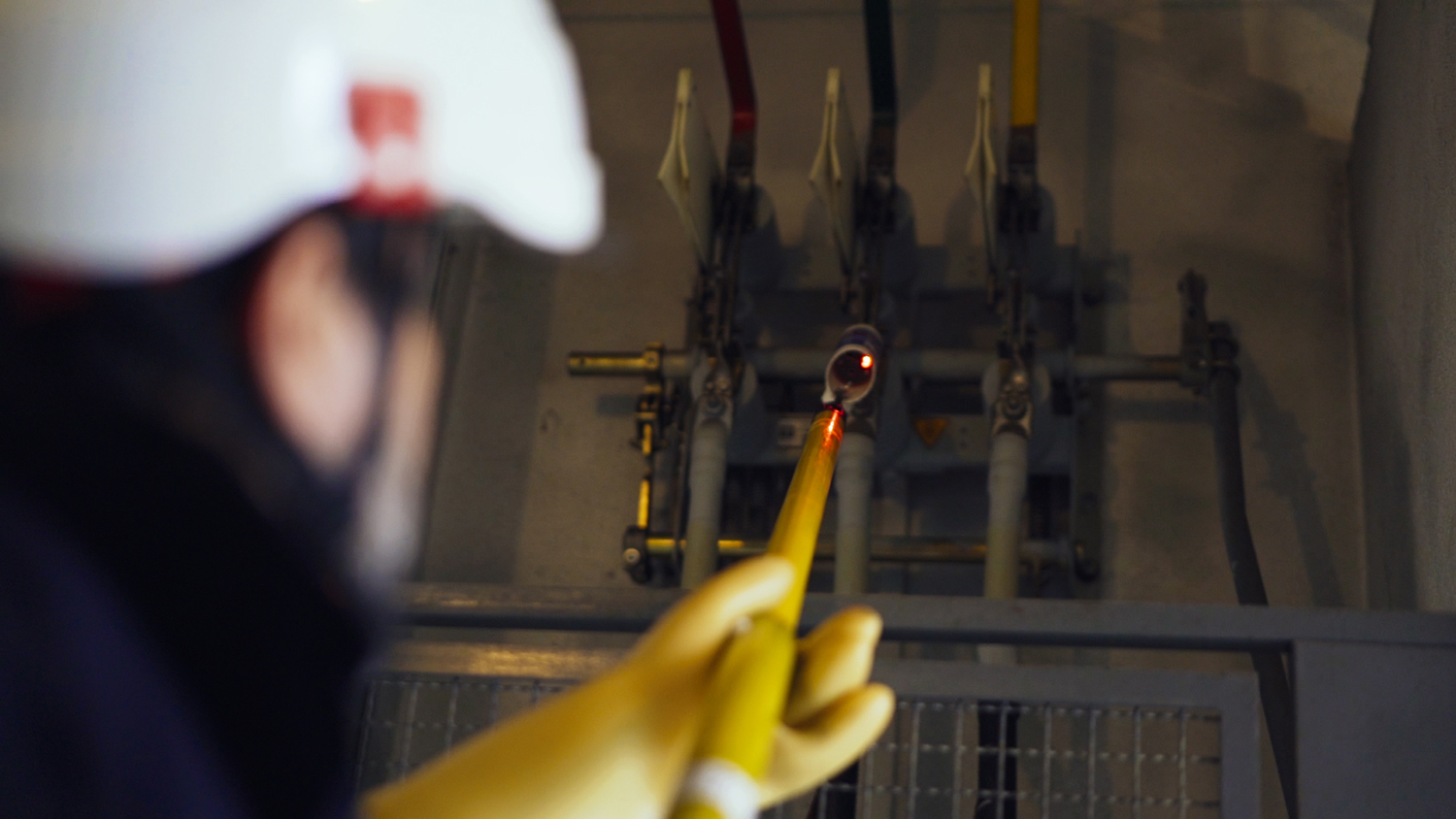 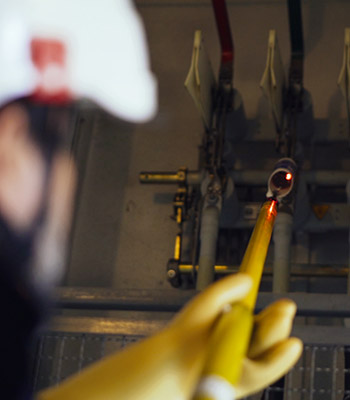 "The team was going to do their job, and they wouldn't let them in with that tool because they thought it was a gun, a bazooka or something like that... They said, 'We don't want that thing here'" -- José Carlos Neves recalls.

But along with these unusual stories, or the occasions when emergency teams are not given access to the places where they are supposed to work, there are many other memories that make them smile.

The reward of a smile

Eduardo Baltazar recalls one evening when he and a coworker had to interrupt their dinner because of an emergency call.

"We were called to an area with lots of restaurants, and when power supply was restored, we were offered dinner in more than one place - so much so that we found it hard to choose, because we didn't want to upset anyone!" 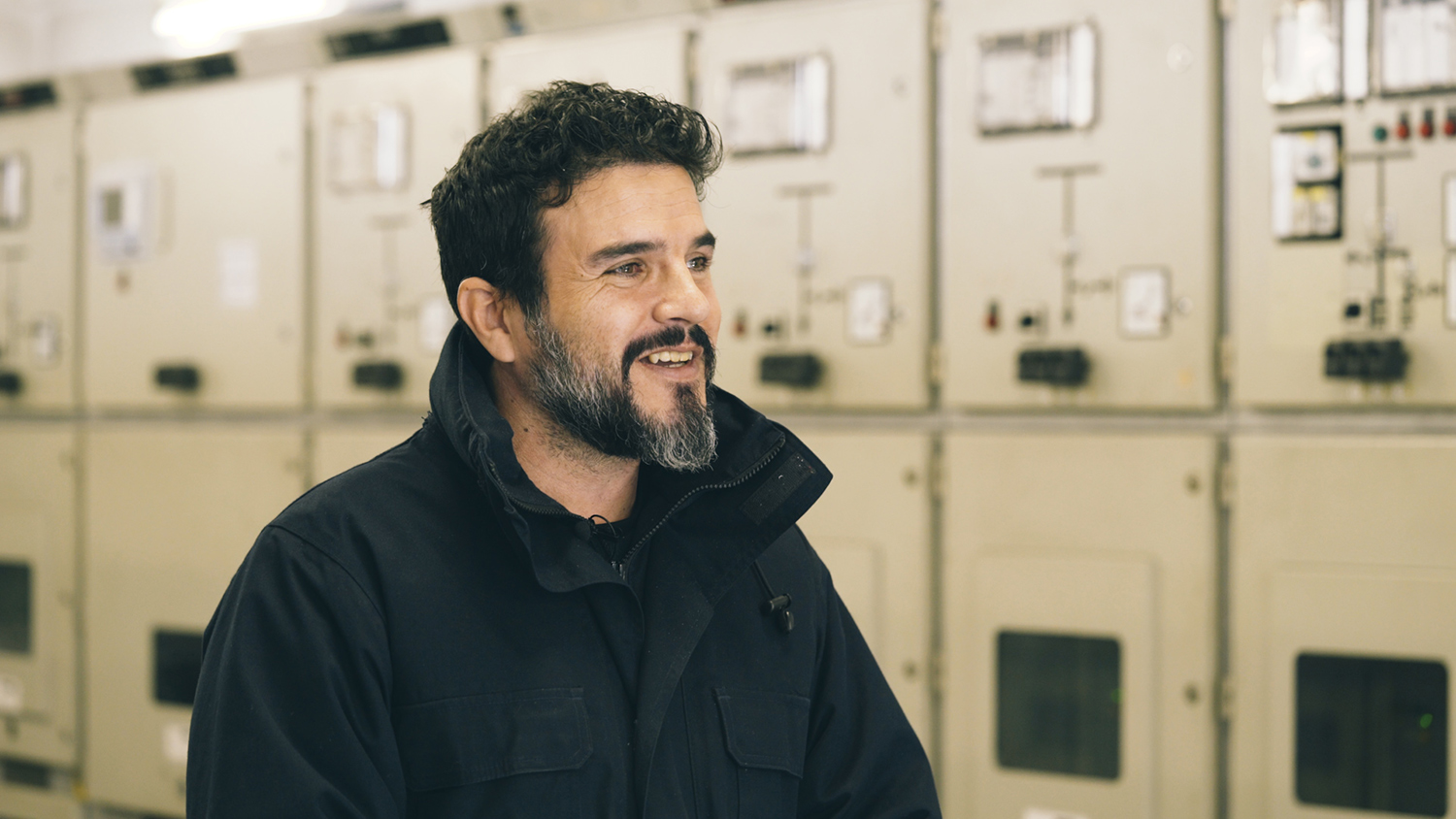 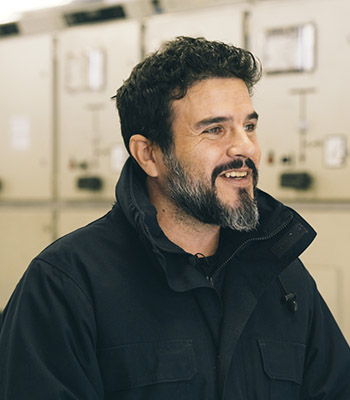 Christmas and New Year's evenings are also special, because people are particularly kind to professionals on duty.

During a recent New Year's Eve, Carlos and Eduardo were called to a neighborhood where there had been a power outage shortly before midnight. And, call it luck or fate, they managed to solve the problem just a few minutes before midnight. "People saw the lights go on right before midnight, then there was the stroke of twelve, and it was a big party! They applauded us, they offered us champagne and cake, they celebrated with us," Carlos recalls.

This public service identity, the idea of a mission to serve local communities, and the notion that they are helping hundreds of people whenever they are called, is what keeps the spirit of EDP Distribuição's emergency teams "on."

Even if they are not always recognized for it, and though they expect no recognition, these "soldiers of light" carry on with their mission so that all customers can enjoy their Christmas or New Year's Eve in a comfortable and safe setting -- surrounded by those small everyday life "details," such as having the heater or TV on, which, as it turns out, make all the difference.