The stories behind the minimum services | edp.com

Recent searches
edp stories
The stories behind the minimum services

The energy that can't be lacking

Ensuring minimum electricity services is a guarantee made by men and women who face the pandemic with a sense of mission. So that what really cannot be lacking is not lacking.

“4 Portuguese breads, please. As white as possible. How much is it?". The order for some bread comes in brackets, while explaining how to implement a plan that, it was hoped, would not have to be implemented in a lifetime. “We are constantly praying that situations like these do not happen, because we are talking about people's lives. But we must have a plan for when everything goes wrong and a great capacity to respond to the unforeseen, because the unforeseen is at every corner”, explains Pedro Moreira, in yet another moment of multitasking inherent to the condition of telecommuting which the majority of EDP workers are in In the company, and without any real awareness of it, preparations for the reaction to a pandemic, such as the current one of Covid-19, began 10 years ago. After all, electricity is an essential asset. An asset without which we no longer know how to live and which, therefore, cannot be lacking.

“EDP always seeks to be at the forefront of technology, both in terms of energy exploration and of human resources. EDP has the anticipation of the future in its DNA” 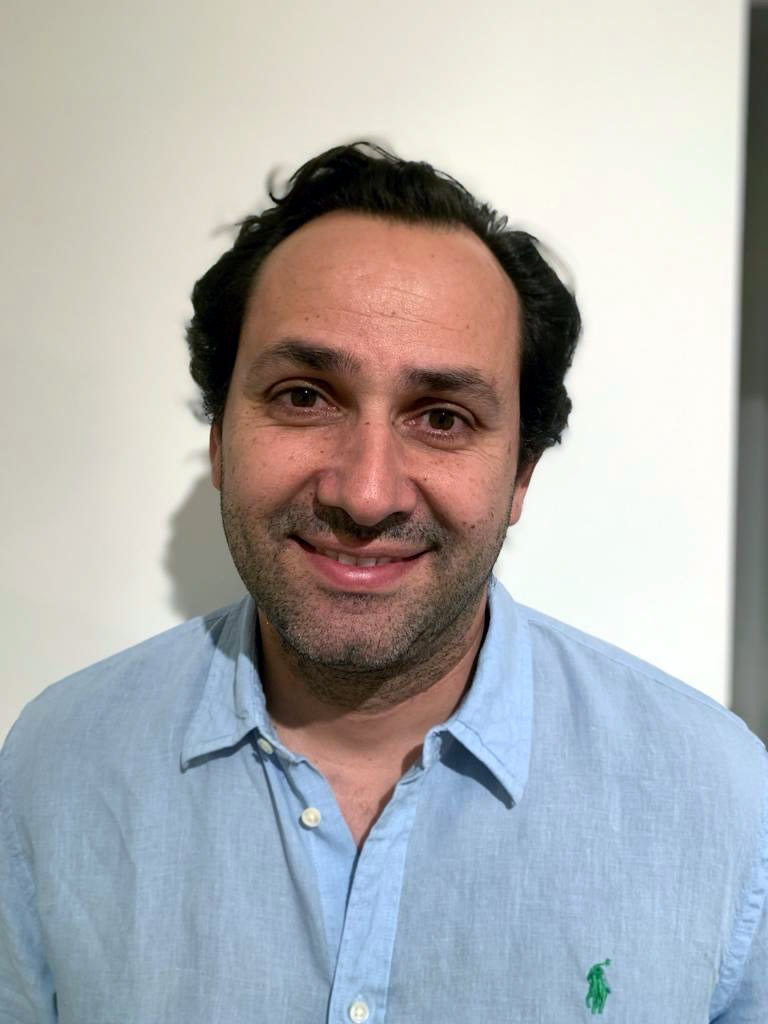 Adversity is prepared for in moments of calm. And so it has been, historically, with EDP. In 2009, Pedro Moreira, from the Prevention and Safety team of the EDP group, was on the team that managed the Avian Flu crisis. At the time, he faced a problem when sending teams to work from home was considered: they could only do it with a limited number of people, since they did not have sufficiently robust systems. Since then, the company has been modernizing itself. In such a way that, “when we started to understand that, at any moment, we were going to have to adopt a very aggressive telecommuting regime, we had a conversation with the systems team, and they told me that, if I wanted to send everyone home on the next day, we could do it. ”

But EDP's Contingency Plan to ensure minimum services in times of a pandemic is not limited to telecommuting. It was necessary to create action plans for those who remained on the ground and, above all, to ensure that the entire company followed the rules.

This is the case for all the pickets on the ground, but also for all those that ensure the normal functioning of Power Production Plants, such as the Ribatejo Plant. Filipe Vicente, who has been the head of shift of one of the teams at this unit for 12 years, knows that his work cannot be done from a distance, despite the existing high level of automation. “If there is a breakdown, we have to go to the breakdown site, mainly because our plant has some risk level, because we have gas turbines and hydrogen alternators.” So, neither he nor his colleagues questioned the need to stay in the workplace.

The measures have been strict since the first news related to Covid-19. Firstly, the cleaning of common spaces was reinforced, social distancing was implemented and an isolation room was created. Then, a rotating schedule was implemented - three teams are at work each time and there is a switch every 14 days - and a second control room was created: this way, the teams do not cross each other during the shift change, which is made through Microsoft Teams. And the Plant is, in Covid-19 times, an emptier plant: inside it are only the shift team, the cleaning team and the concierge.

“The company does not have a plan B. There is a plan B, a plan C, a plan D… Ultimately, we have facilities that are prepared to close everything and be isolated from the world ” 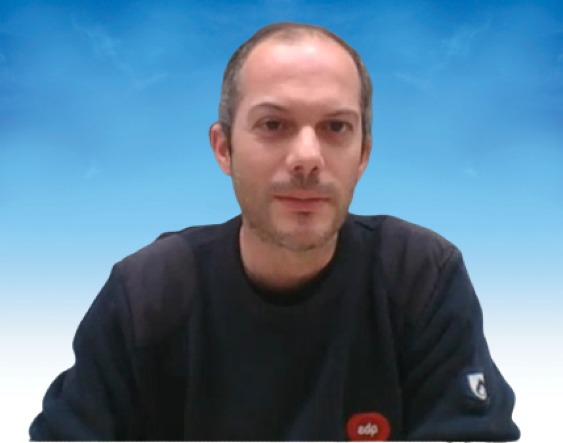 What if things still go wrong?

Carlos Oliveira started working at EDP Distribution seven years ago and, more recently, assumed the position of operational manager in the northern half of the country. Until this crisis, his team worked in an open space, with people close to each other in order to facilitate communication. Suddenly, he had to send home as many employees as possible, move farther apart the workplaces of those who stayed and set rules for the pickets on the ground. Everything to “guarantee the safety and health of our people, so that they can also ensure that the heroes of our National Health Service are able to work, and that hospitals, homes for the elderly, health centers, have energy, as well as all the other Portuguese. ”

However, and despite all the early efforts, one member of his team tested positive. “It was very difficult. We didn't know if he could have infected more people. Suddenly we had to send 10 people home urgently. ” A situation that ended up also influencing the home of Carlos Oliveira who, since the beginning of this outbreak, went on to keep in touch only with his family at home. “They realize that my leaving to work is essential, but they also want to protect me. They don't want me to expose my health and, ultimately, the health of the rest of the family.”

“The most critical moment was when, despite all the measures, a positive case appeared in the team. The fear, then, was real. People were very concerned ” 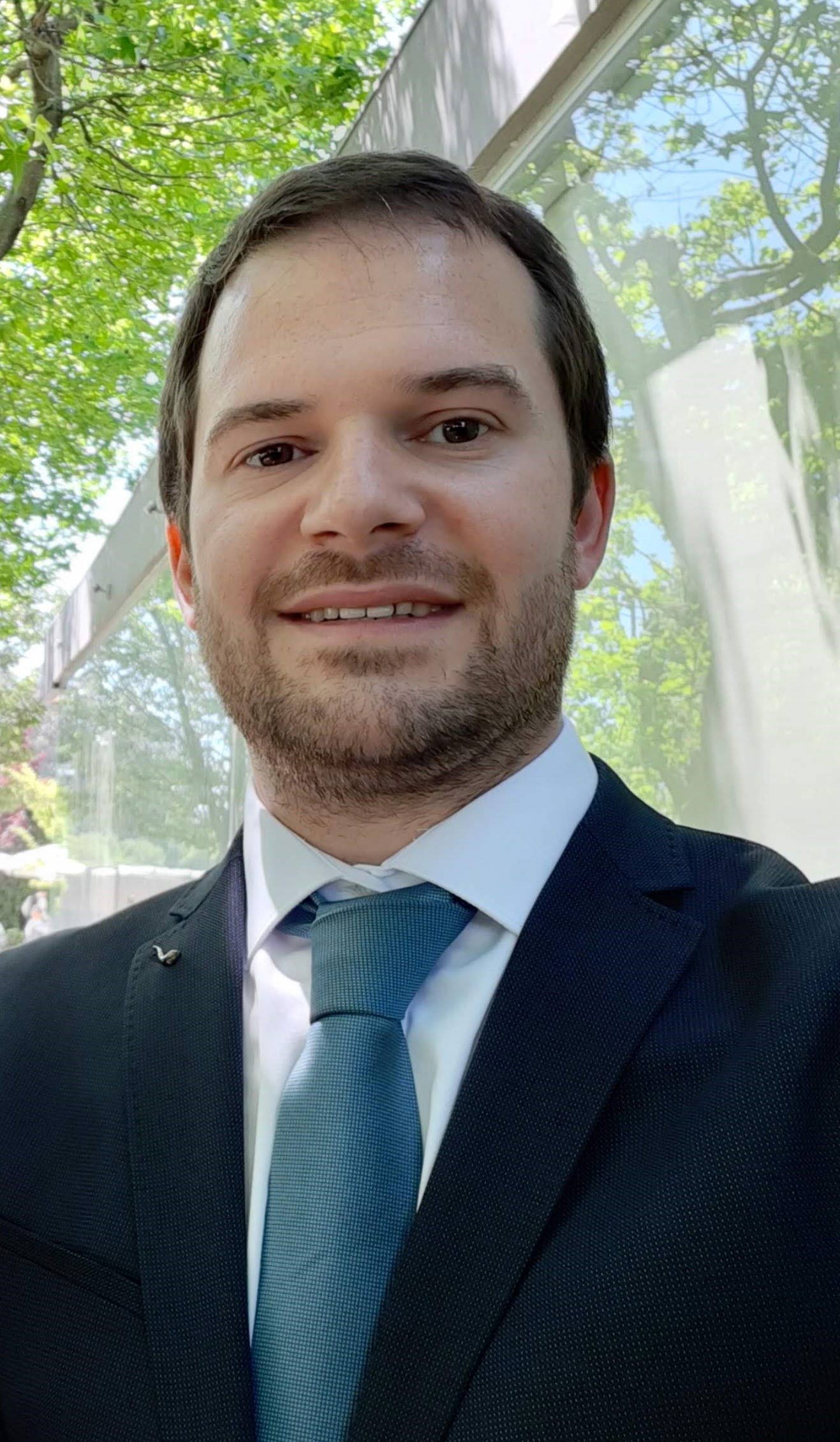 The superheroes of telecommuting

Telecommuting in a context like the current one, in which work and family share time and space, is almost always synonymous with days that never end and a permanent multitasking exercise. It is not just the purchase of bread which, meanwhile, has ended. It's the children on remote learning or still not at a schooling age, but who want the company to play. It's the household chores. It's the postponed holidays. It's the borders that become blurred and offices that go on to be open 24 hours a day. It is necessary to reconcile all this. “Days are endless, nights are sleepless. We lie our heads on our pillows and keep thinking about how to protect our people and how to protect ourselves, what else could be done in order to thank the availability and resilience of our teams ”, vents Carlos Oliveira.

An idea shared by all, who speak of a spirit of mission, that permeates EDP, and which is revealed in an even more evident way in times of crisis, such as the one being experienced with the Covid-19 pandemic.

“The days are longer, but I am managing to reconcile everything: I have two children, who are 10 and 13 years old, and I manage to do some activities with them, as they are taking classes at home” But what are minimum services after all?

Electricity is an essential commodity that cannot be lacking. That is why the Portuguese law sets the obligation to keep this supply unchanged, even in the face of crises such as the one we are experiencing. In addition, to ensure the minimum services of the electricity supply, it is of course necessary to ensure the minimum services of the team. Pedro Moreira, however, rejects the expression. He does not consider it fair. “I don't like to say that we are in minimum services, because we are far beyond that. The message we want to convey is that, first of all, we are going to guarantee those that are the essential services to the population. And we spare no effort to ensure this. This is the essence of our contingency plan: it is protecting the functions that are essential so that we do not fail in our commitment to the population. ”

Within these essential functions, one finds, for example, the logistics area, to which João Pereira de Almeida belongs, which needs to continue ensuring the existence of all materials for the necessary interventions, hence, having to work with worldwide suppliers; or Telmo Santiago, from the EDP Distribution Asset Pole, in areas such as Leiria, Pombal and Tomar. In his unit, 65% of the people are on the ground, ensuring that nothing fails. “We are limiting our activity to what is critical, but malfunctions are not programmed. They happen unexpectedly and we have to go. ”

Within what is critical in its activities, the facilities considered a priority, according to ERSE regulations, are: hospitals, fire departments, civil protection. A list that, with the Covid-19 pandemic, has grown. “ERSE created conditions so that the facilities that were temporarily converted to support Covid-19 were also classified as priorities, so that they could benefit from the same treatment as the others - we are talking, for example, about sports pavilions. We have almost a hundred priority facilities in the 19 municipalities with which I work.”

In UNGE's (Energy Management Business Unit) case, explains Berto Martins, minimum services are the guarantee of the continuity of operations. Because the market for buying and selling energy does not stop, and you must always be aware of price fluctuations.

“Our shift teams are active 24 hours a day, to guarantee the energy purchase and sale operations and to monitor the production resulting from different markets.” How about after Covid-19?

Nobody knows very well what normality will exist after this pandemic. The “new normal” plan is now beginning to be drawn, with the appearance of the deconfinement plans. But what has already been realized is that the country's progressive deconfinement is not synonymous with returning to life as we knew it before the pandemic. Everything changes. In companies and in people's lives. João Pereira de Almeida has no doubt that the successful experience with telecommuting will change many things. Many trips will be considered and, although contact is essential - and João misses shaking hands - “telecommuting is a tool with a lot of potential and is here to stay. Some work can be done like this and we gain a lot from it. It is a question of balance. ”

"Teleworking is a tool with a lot of potential and is here to stay. Some work can be done like this and we benefit a lot from it. It's a question of balance." Another aspect he hopes to be maintained is the concern for others and the closeness. “No one says just 'Good morning' or 'Good afternoon' when starting a conversation anymore. We want to know they are, how the families are doing”, adds Telmo Santiago. Especially because, during this period, we all “saw the other side of the people we work with”, says João Pereira de Almeida. The houses, the children, the fears were discovered. It would be good if this proximity, found in a time of social distancing, was maintained. But there is no doubt that the return to normality will take a long time. “We will have to wait a long time before we can hug each other again and that is very complicated when we think of those we love the most”, vents Berto Martins. One of the ones he loves the most, his 25-year-old daughter, is a health professional and deals with people infected by Covid-19 daily. The hug will have to wait.