With a global portfolio, EDP has a relevant role in the global energy sector. Find out more about each stage in the Value Chain.

Production is the first activity in the value chain of the electricity sector and consists in the transformation of primary energy sources into electricity. Electricity can be produced from renewable energy sources, such as water, wind and solar energy, or from fossil fuels, in particular coal, gas or nuclear.

EDP Group is the largest electricity producer in Portugal, the third Iberian producer and one of the largest private operators in Brazil. In the wind market, EDP Renováveis is one of the world's leading players.

In 2020, EDP had 24 GW* of total installed capacity, 79% corresponding to renewable energies. EDP Renováveis, the subsidiary of EDP Group operating on wind and solar power production in Europe, North America and Latin America. In 2020 it reached an installed wind capacity of 12.2 GW**, having registered a growth of 0.8 GW (+7%) compared to the previous year.

In Europe, EDP Renováveis has wind farms operating in Portugal, Spain, France, Poland, Romania, Belgium and Italy, and is developing projects in the UK and in Greece. In North America, EDP Renováveis is present in three countries: USA, Canada and Mexico. In South America, it develops activities in Brazil, Perú, and Colombia, and in the latter two projects are in the development phase. In terms of solar energy, EDP Renováveis is present in three countries - Portugal, Romania and the USA.

Most recently, EDP Renováveis has signed an agreement to purchase a628 MW renewable energy portfolio in Chile. These wind and solar energy projects are expected to commence operations between 2023 and 2025. EDP Renováveis also entered Vietnam with a 28 MW project with Trina Solar, representing the group's first step to establish a presence in Asia.

In 2020, the EDP Group set up a new company, Ocean Winds, whose activity is focused on the development of offshore wind farms, which resulted from a Joint Venture of EDP and Engie. In early 2021, Ocean Winds had 0.5 GW installed and 6.1 GW under construction or development.

In the last 15 years, EDP Group's investment strategy has been strongly focused on renewable technologies, which has resulted in a strong increase in the weight of renewable power in our generation portfolio, from 20% in 2005 to 74% in 2020.

In terms of the regulatory framework of the sector, each market in which EDP operates has specificities in terms of its operation and the remuneration mechanisms offered.

Learn more about these markets on each company's website In the intermediate phase of the value chain are the transmission networks, which connect producer centers to consumer centers. These activities cover the transport of electricity (in very high voltage) and the distribution of electricity, which comprises the High, Medium and Low voltage networks.

They are an integral part of the transmission networks and distribution of lines and cables, substations, transformation stations and public lighting facilities, as well as the necessary connections to consumer facilities and electricity production centers.

EDP is present in the electricity distribution activity in three countries, Portugal, Spain and Brazil, having distributed, in 2020, 76.123 GWh through a network with more than 370 thousand km. In Portugal this presence is ensured throughout the continental territory. In Spain, EDP operates in some autonomous communities in the north of the country. In Brazil, it is present in the states of Espírito Santo, São Paulo and Santa Catarina.

In addition, EDP Group also participates in electricity transport activities in Brazil, through the development and operation of 7 lots (some still under construction), with a 1,554 km network.

The strategy of the electricity distribution business at EDP is focused on continuous improvement of service quality and digitalization, in order to meet the challenges of the future and become a reference in the distribution of electricity.

Over the past few years, EDP Group's strategy in the network sector included the growth of activities - notably with the entry into the electricity transport market in Brazil in 2016 and the acquisition of Viesgo in 2020. At the end of 2020, EDP had installed 4.6 million smart meters throughout the distribution network in the Iberian Peninsula. In Spain, 100% of the consumption is already measured with smart meters, while Portugal started its digitalization strategy more slowly in 2020, with 75% of the consumption measured with smart meters.

Regarding commercialization, the distributed energy reaches the point of supply and is then sold by the retailer to final consumers.

In the Iberian Peninsula, the commercialization of electricity and natural gas is free and consumers have the right to choose their supplier. While the energy market is fully liberalized in both countries - which means that any customer can make a contract with a free market retailer - there are still last resource suppliers, which apply the regulated tariffs for selling electricity to the final consumer. In Portugal, 94% of consumption was on the free market, while in Spain this figure was 89%.

In Brazil, the commercialization of electricity is divided between the regulated and free market. Customers with a demand level above 2 MW are considered free and the remaining are covered by the regulated market.

EDP is present in the electricity trading activity in Portugal, Spain and Brazil and currently has a portfolio of more than 8.6 million customers in these geographies. In the gas sector this presence is only Iberian, where EDP has about 700 thousand customers.

EDP Group's marketing strategy involves the creation of new services for the customer, such as distributed generation, energy efficiency and electric mobility. In parallel with the objective of continuous improvement of operations and customer service, also optimizing energy procurement operations.

The path to decarbonization implies a profound change in the economic model based on fossil fuels, a strong focus on energy efficiency, renewable-based electrification and the promotion of innovation.

Meet our plans for the future

We are taking these concrete steps to protect the future of humanity, starting with our aim to become an all-green company by 2030. We are committed to clean energy and will continue to expand our renewable portfolio globally, delivering ESG excellence and superior value. Change has been our driver as we deliver an agile network with more efficient, smart and sustainable solutions. We are playing our part for a more balanced and sustainable world, one that is inclusive, diverse and humane.

Explore the EDP Group results for 2020 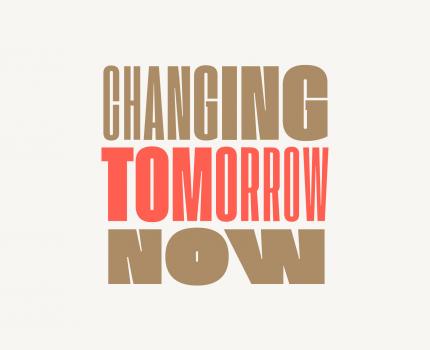