Message from the General and Supervisory Board Chairman | edp.com 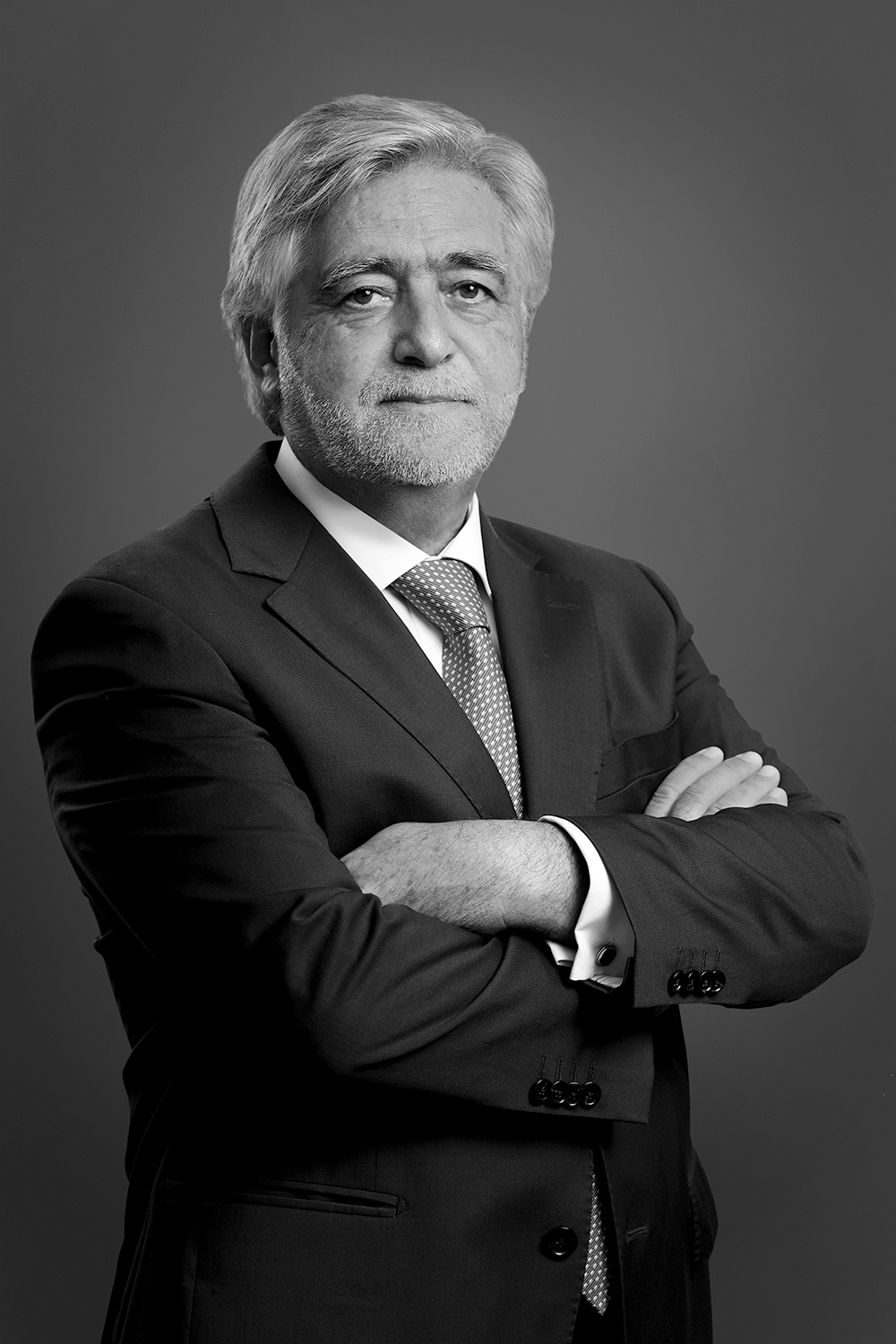 At the Annual General Meeting held on 5 April 2018, the Shareholders elected the corporate bodies of the Company for the 2018-2020 three-year period. As Chairman of the General and Supervisory Board, I would like to express my sincerest thanks to the Shareholders for their confidence placed in us to carry out these duties.

The year 2018 was very intense and demanding, with a very dynamic environment and big challenges, with multiple internal and external factors that positively and negatively  influenced the development of the Group’s activity.

EDP has taken on a multinational dimension, with it nowadays having interests in many countries in different continents and is therefore sensitive to changes in the international situation and to the growing influence of political and geopolitical variables in the strategic choices of the Group.

The launch of the Takeover Bid by CTG, our main shareholder, at a particularly adverse moment from the political and geopolitical point of view, considering the nature of  competing interests, had a significant impact on the activity of EDP’s corporate bodies throughout this last year, on the Executive Board of Directors and the General and  Supervisory Board, in particular. In this body which I have the honor to chair and where the main shareholders of the group have a seat, in the first phase a misalignment of  interests was evident, which is normally what happens in these cases, which throughout the year required renewed efforts of dialogue and cooperation between its different  independent and non-independent members, representatives of the shareholders and members of the Executive Board which participated in this Board meetings. Nonetheless, the  Group continued to carry out its business, as usual, in its different geographical areas, and the Executive Board of Directors was not substantially inhibited from exercising  its powers or carrying out its corresponding business plan.

What is more, at the national level, new regulatory and legislative issues, coupled with the opening of a parliamentary inquiry into the so called “excessive EDP revenues”, was  strongly echoed in the public sphere which contributed to the relative erosion of EDP’s image with inevitable repercussions on its investors and markets. In addition, there is  a context of great competitive pressure resulting from the structural transformation to which the electricity sector has been subject to, both by the ongoing technological  changes and by the social and political demands stemming from the commitments made on combating climate change.

All these situations were continuously monitored by the General and Supervisory Board, seeking to ensure the stability of the Group, the functionality and cohesion of its  corporate bodies and the normal relationship between its different stakeholders.

The General and Supervisory Board, as a supervisory body and also in its role of monitoring and advising regarding the activity carried out by the executive management, held  forty meetings during 2018, eleven of which in plenary.

Notwithstanding that mentioned in this General and Supervisory Board Report, which covers the main conclusions of these meetings and details the various aspects of the activity  carried out by this Board, this does not invalidate the highlighting of some of the most important aspects of that activity. As usual, the Board monitored the important  decisions, particularly with regard to investments, divestments, financing operations, strategic partnerships, along with other issues, which due to their special relevance  and/or specific nature, deserve to be highlighted:

Takeover Bid for EDP announced by CTG. After careful analysis, a favorable prior opinion was issued on the Report of the Executive Board of Directors, with follow-up from the  Bid process being a recurring theme in the plenary meetings. This is a process still under way and will continue to deserve the ongoing monitoring of the GSB.

Reflection on the strategic update. The General and Supervisory Board regularly monitored the strategic reflection process with a view to updating the Group’s strategic plan, which was presented to the market on 12 March 2019.

Regulatory issues. Given the importance of regulatory impacts on the company’s accounts, the General and Supervisory Board monitored the developments regarding the various  regulatory issues impacting on the EDP Group, with a special focus on Portugal. This Board also monitored the developments in reference to the work of the “Parliamentary  Inquiry Commission on the payment of excessive revenues to electricity producers”.

Strategic definition of the various business segments. The Board monitored the work carried out in particular regarding the Group’s Digital Acceleration Programme; its Innovation strategy; the New Downstream strategy and the Group’s Solar strategy.

Adapting to the energy transition

At the same time, throughout the year the GSB participated in the Group’s internal discussion on energy transition in the context of the updating of its strategic plan and its  implications for the current business model and its future adjustment.

New disruptive technologies, such as solar photovoltaics and batteries at an affordable cost, the digitalization of the value chain, intermittent management and local demand,  or shared and autonomous electric mobility, are at different stages of maturity and will impact not only on the evolution of world consumption, but also on how this consumption  will be satisfied. Due to the dynamics of the variables at stake, there is considerable expectation that the transformation underway will lead to increasing electrification of consumption and a greater demand for energy from renewable sources. In the transport sector, which accounts for more than a quarter of CO2 emissions in Europe, several targets  have also been agreed upon to support emissions reductions.

In this perspective, the year was also marked, in Europe, by a sharp increase in the price of CO2 licenses, which led to a rise in prices in the European electricity wholesale markets, giving a sign of confidence and encouragement to new investments in the sector. However, with the fear of not being able to achieve decarbonization targets, some  Member States have announced voluntary unilateral measures to reduce CO2 emissions, as was the case of Portugal, where the goal of closing coal-fired power stations by the end of 2030 was established.

In the American market, there has also been a transformation process taking place within the sector, with a strong growth in renewable, wind and solar capacity, driven by the sudden decline in renewable costs and an increase in gas generation, resulting in low prices for natural gas in the North American market.

In Brazil, the market for renewable energy projects continues to grow with long-term energy acquisition contracts. With a very high hydro power base, wind generation has grown  significantly and is expected to soon become the second largest generation technology in Brazil.

Despite the adverse context described above and the unequal conditions for economic growth in the different geographical areas in which it operates, the Group was able to still  present one of the best results ever for EDP Renováveis and EDP Brasil in 2018 and, excluding non-recurring regulatory impacts in Portugal, close the year with net income in recurrent terms growing 3%.

It should also be noted that, once again, in 2018 EDP was recognized internationally by the Dow Jones Sustainability Index for its performance in sustainable management.

Many of the restricting factors to which the Group has been subject and which have significantly influenced its activity and performance, will continue in 2019, so that it is undoubtedly in the challenges of the future that the attention of the corporate bodies, its shareholders, employees and other stakeholders should be focused. Faced with a  scenario of great disruption such as that envisaged for the sector, leading companies will be those that are able to reinvent themselves, adjusting their business model to the new market trends that are being created.

EDP cannot miss the opportunity of the energy transition which will intensify further in the next decade towards decarbonization, digitalization and decentralization of clean energy production. These trends are irreversible in view, on the one hand, of the growing social and political pressure resulting from the existential risk of climate change and, on the other hand, of the increasingly disruptive technological changes in the field of electrification. EDP is in an enviable position, considering the nature and quality of its assets, the skills and technical capacities in the production of renewable energy, and a leading position that the market continues to recognize, making EDP a global reference in the sector.

I am convinced that with the support of all the shareholders, employees, customers and other partners of the Group, EDP will know how to overcome the difficulties of the moment and maintain the leading position that has projected it in the last decade.