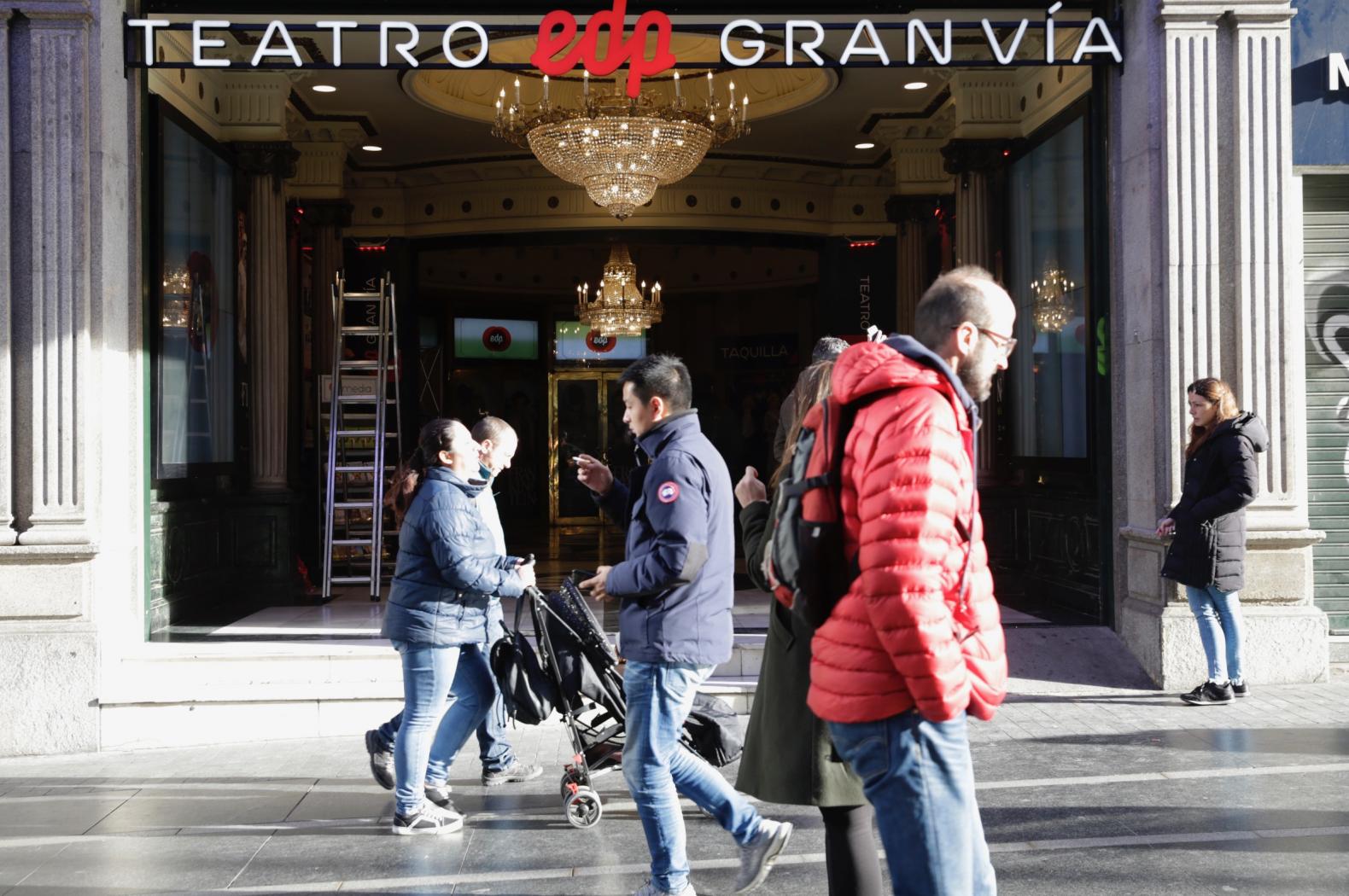 EDP is the new sponsor of Teatro EDP Gran Vía, a theater hall located on the Spanish capital's busiest boulevard. The announcement of the three-year sponsorship agreement was made today in Madrid.

Thanks to this collaboration with venue owner Smedia, Teatro EDP Gran Vía will become the first theater hall to convert the energy of the audience's emotions into electricity, which will then be shared with those who need it most.

Through a system that measures the applause in the venue and converts it into kilowatts/hour, the energy generated by a concert or by a theater performance will then be donated to charity institutions in the form of electricity.

The sounds generated by the audience and the performers will be captured and analyzed by a system that measures the venue's decibels and the exact moment when they were produced. It will be possible to know exactly when the audience reacted more effusively. When the show is over, the decibels will be converted into kilowatts/hour.

With this sponsorship, EDP strengthens its commitment to cultural patronage in Spain while also supporting several charity projects.

"We at EDP define ourselves as the 'energy of the people', and we were wondering how to capture all the energy that is generated in a place like a theater hall, and then share it with as many people as possible. Thanks to this innovative system, each member of the audience at Teatro EDP Gran Vía in Madrid will become a source of energy for others," says EDP Executive Manager Vera Pinto Pereira.

Over the next three years, every company or artist performing at Teatro EDP Gran Vía will choose a cause or charity to which the energy generated by their shows will be donated.

The company that produces 'Young Frankenstein' (the show currently on stage in the theater) will be the first to select a cause or charity to which EDP will donate the kilowatts generated by this musical.

EDP, the official energy of music and sports

EDP boasts a strong connection to the Spanish music scene: for instance, it sponsors the Wizink Center in Madrid, the most active cultural venue in Spain and the second in Europe. The company also holds one of the most important amateur band competitions in the country, EDP Live Bands.

EDP has been sponsoring the main races in Spain since 2015. Every year, EDP supports more than 200,000 people in over 30 race events.

The company has also recently launched two sports initiatives with social impact: the website compartetuaenergia.com, which brings together people with visual impairments and guide runners for trainings and running competitions - an initiative that already boasts almost 3,000 registrants; and sincronizadas.com, the first platform that helps women get in touch with other women so that they can run together, anytime, anywhere. This platform was launched about a month ago and already boasts more than 7,000 registrants.

In Spain, as in every other country where it operates, EDP is an energy market leader. It is engaged in the production, distribution and trading of electricity, natural gas, and energy services. It has more than 3 million customers. EDP is the natural gas market leader in Cantabria, Murcia, the Basque Country, and Asturias - a region where the company is also a major electricity operator.

Smedia Group is the largest theater hall management company in Madrid and one of the most important in Spain, with a long career in the production, direction and distribution of high-quality plays and shows.
Smedia Group was established in the 1990s and became a major cultural player thanks to a trajectory based on exellence, versatility and the ability to understand the preferences of an increasingly diverse and demanding public.