EDP is present at the Equal by 30 and reaffirms targets for gender equality | edp.com 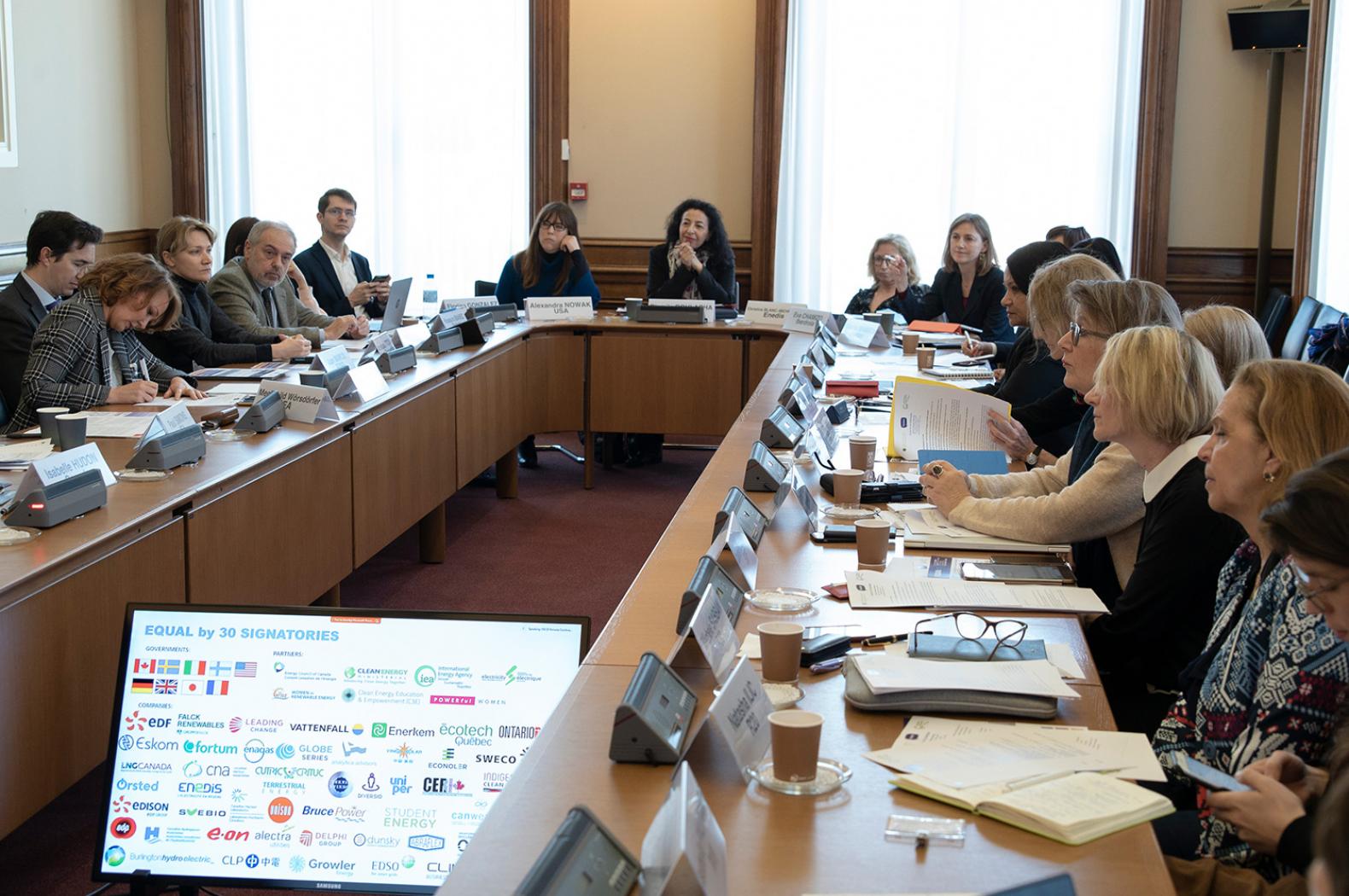 The company presents three case studies, which reinforce the role of women in energy transition.

EDP is participating today in a meeting from the Equal by 30 campaign in Paris, which aims to bring together efforts in the public and private sectors related to a set of common commitments that promote the goals of gender equality to reach the 3Es: Equal opportunity, Equal pay, Equal leadership, by 2030 EDP will take three case studies to the event, where it will have the opportunity to reinforce its global goals to stimulate gender equality in the energy sector.

In addition to adhering to the 30 existing commitments, EDP has made an individual commitment to promote labor diversity through a work that is decent, safe and based on equal opportunities between genders. Among the objectives defined for 2020 is the increase of the presence of women in the total number of employees of the group.

Led by the Clean Energy Ministerial and the International Energy Agency, the Equal by 30 campaign was launched in May 2018 and has the participation of 52 companies and nine governments. At today's meeting, representatives from seven countries and 12 companies will participate in discussions on gender equality policies and contribute to sharing experiences in implementing and evaluating the progress of the programs presented.

One of the initiatives highlighted at the event is EDP's Diversity Strategy and Policy. After analyzing the internal reality and practices of the market, EDP created the area of Diversity and Inclusion in 2015, with the objective of guaranteeing the promotion and development of a culture based on respect for the human being and on equal opportunities. The plan has specific and quantifiable goals, with measures focused on four dimensions: Gender, Disabilities, Generations and Nationalities.

With the implementation of the project, the EDP Trainee Program had, in the last edition, the participation of 11 nationalities and 50% of female representation. The number of women in the EDP group also increased globally, similarly to the trend seen in leadership positions.

The second highlight is the Unconscious Bias Training for Employees, which consists of several sessions that give tools to the company's staff, so that they are able to identify possible situations of unconscious bias and to recognize how these affect their daily lives and their decisions, promoting a better working environment for all.
By the end of 2018, more than 1,600 employees received training. The initiative was awarded with the seal of diversity and included in the category "Professional Development and Career Progression" of the Portuguese Charter for Diversity.

Finally, the case about the launch of EDP Brasil's 1st School of Electricians Exclusively for Women will be presented. The initiative, which offers a scholarship during the course, full professional training and the possibility of a contract of employment, is a pioneer in the Brazilian electric sector and received more than 1200 registrations. A total of 32 women have graduated and seven were hired after the course. By the end of 2019, the goal is to train 40 more women as electricians.

All of these initiatives also reinforce EDP's commitment to the Sustainable Development Goals (SDG), targets which make up the global plan of action defined by the United Nations (UN) to overcome the world's major challenges. The company has actively incorporated eight SDGs into its strategic agenda, including the SDG no. 5 'Gender Equality'.