EDP Carregado power plant to use an innovative robot system to demolish the three chimneys | edp.com 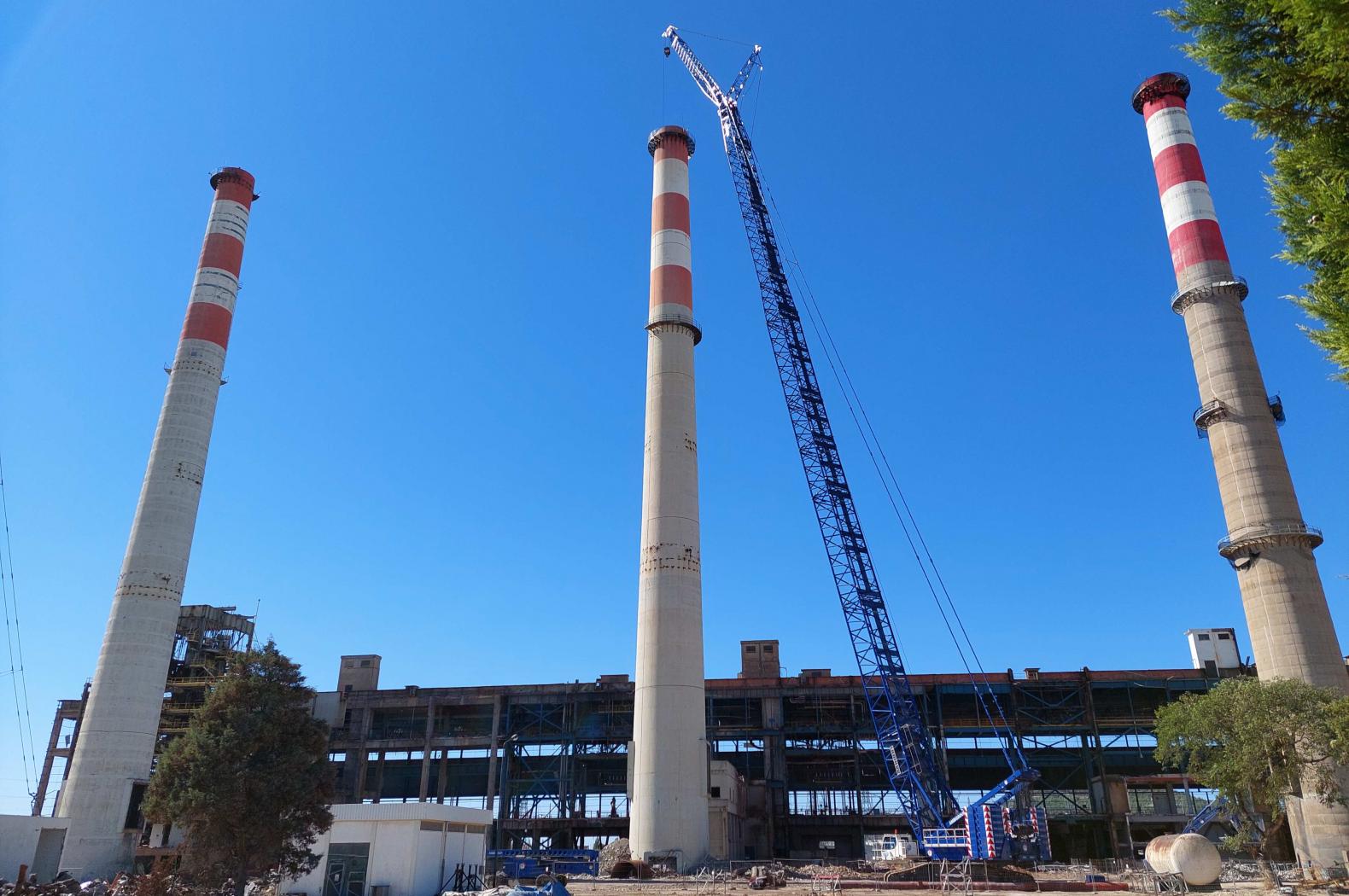 The decommissioning of the deactivated thermoelectric plant is set to enter its final stage, using an innovative system to demolish three 100-meter-high structures. The process will take about two months.

The demolition of the three iconic chimneys at EDP's old thermoelectric plant in Carregado is about to enter its last stage before vanishing from the landscape they have dominated over the past 50 years. This is yet another step towards the decommissioning of this fuel oil plant, as well as an important contribution to the group's decarbonization strategy.

Over the next two months, these 100-meter-high concrete structures will be demolished by means of a system involving a remote-controlled robot. The demolition process will use a long-range hydraulic arm with multipurpose scissors to break and knock down the three chimneys, one by one. This operation follows the first phase of the process, in which the robot - suspended on a crane at about 110 meters from the ground - removed the materials inside the chimneys over a period of three and a half months.

This innovative chimney demolition process has replaced traditional methods involving explosives (as in the recent demolition of the two chimneys at EDP's Setúbal plant) or mechanical interventions. In both phases, both inside and outside, the work is controlled remotely through a camera on top of a crane, making it possible to monitor all the robot's movements. This new method therefore protects the safety of workers and nearby structures while reducing the demolition's environmental impact.

Deactivated in 2010, after 42 years in operation, this former fuel oil plant has now reached its final decommissioning phase. Once the demolition of the three chimneys has been completed, the remaining buildings will be razed to the ground and, following an evaluation of the soil's condition, the site will be leveled. As in previous operations, the materials resulting from the plant's demolition process - such as metal, plastic, etc. - will be sent for recycling.

With six 125MW fuel oil units working 24 hours a day, Carregado Plant was quite innovative back in its day and significantly helped create jobs and drive the region's economy. In 1997 it became the first plant in Portugal to transition to natural gas, with two generator groups being repurposed to burn this more sustainable alternative.

Carregado Plant was decommissioned at a time when electricity production was becoming increasingly dependent on renewable energy sources and the sector was adopting more sustainable alternatives. EDP thus maintains the ambition of leading the energy transition process by creating value, with an investment plan focusing on renewable energies and the strengthening of electricity grids, and remains firmly committed to its sustainability targets: abandoning coal-based production by 2025, reducing specific CO2 emissions by 98%, and becoming a fully green company by 2030.