Foz Tua: when the relationship with the river changes | edp.com

stories
Foz Tua: when the relationship with the river changes

The construction of a new dam is never a consensual issue, and the Foz Tua dam was no exception. Although dams are always associated with promises of regional development, how are these promises fulfilled? What is the environmental and local impact? Should we look at dams - and this one in particular - as an opportunity or a problem?

"There is a very emotional component. For local people, what they see at the first approach is indeed a stretch of river that is going to be changed. Their relationship with the river will change." 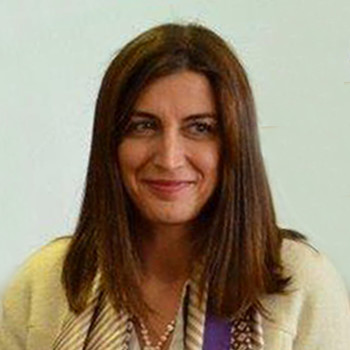 This is the starting point to understanding why this type of construction is always involved in controversy, despite the environmental assessment and compensation measures that are defined and implemented. In the 1950s and 1960s, economic growth was the only factor considered in this type of project. Nowadays, the impact on the population and on the environment are also always taken into account.

The first stone of the Foz Tua Dam project

It all begins on the Tua River, a tributary of the right bank of river Douro. The concrete arched dam with double curvature and a height of 108 meters is located in the county of Alijó in the Vila Real district, and in the county of Carrazeda de Ansiães in Bragança district. The Tua River Reservoir also covers the counties of Murça, Vila Flor and Mirandela. 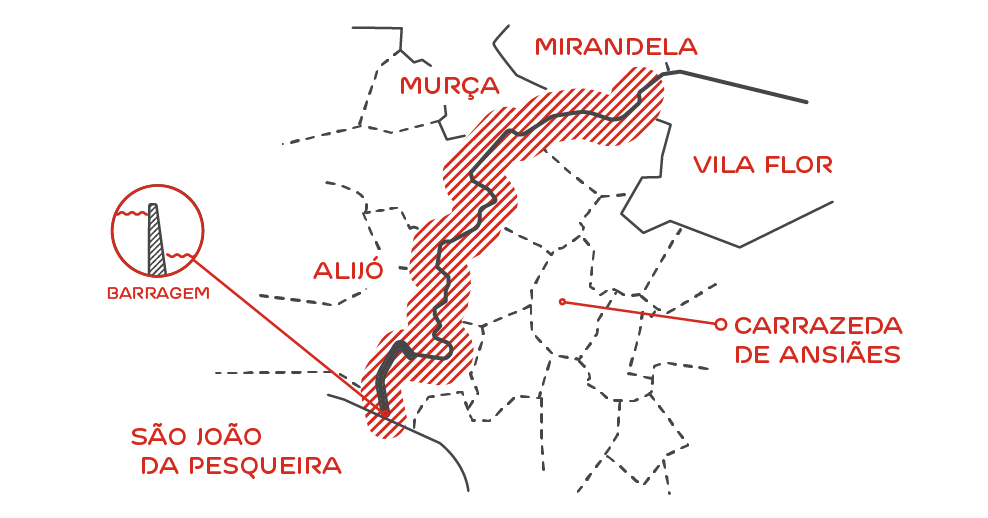 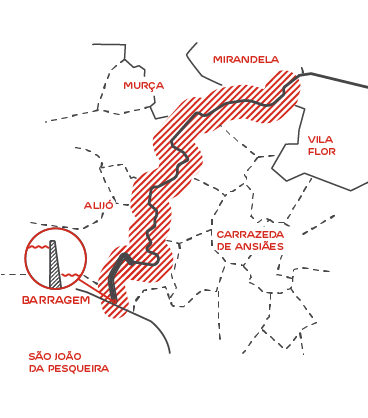 The construction was announced by the Portuguese government in 2007 as part of the launch of the National Program of Dams of High Hydroelectric Potential. Ten dams were put up for tender, with EDP winning the Foz Tua, Fridão and Alvito concessions.

The dam works were thus commenced in April, 2011. The value of the investment was estimated at around 400 million euros and contributed to the creation of 4,000 jobs.

How do we build and manage our relationship with the local community?

Being one of the most controversial dams in Portugal, EDP wanted to guarantee that the construction of this hydroelectric development would be based on a relationship of trust and communication. And how could this be achieved? By identifying and working closely with relevant stakeholders to involve them in decisions.

It was also necessary to make clarifications to the regional authorities and the population about the projects during the environmental evaluation phase.

Listening to all those that deserve to have a say in this type of project is challenging. António Castro, EDP Produção administrator at the time and responsible for the licensing of projects when this project began, remembers clearly the difficult meeting in Mirandela, which took place at the request of the mayor. Adding to this challenge, each municipality was accustomed to working independently and worrying only about its own territory. 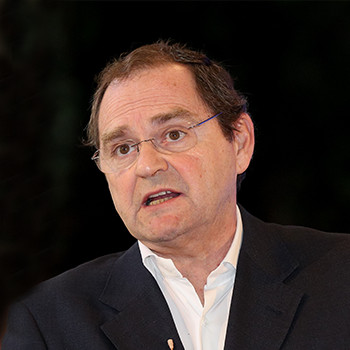 At this stage, there was a need to create a common forum to foster regional development. 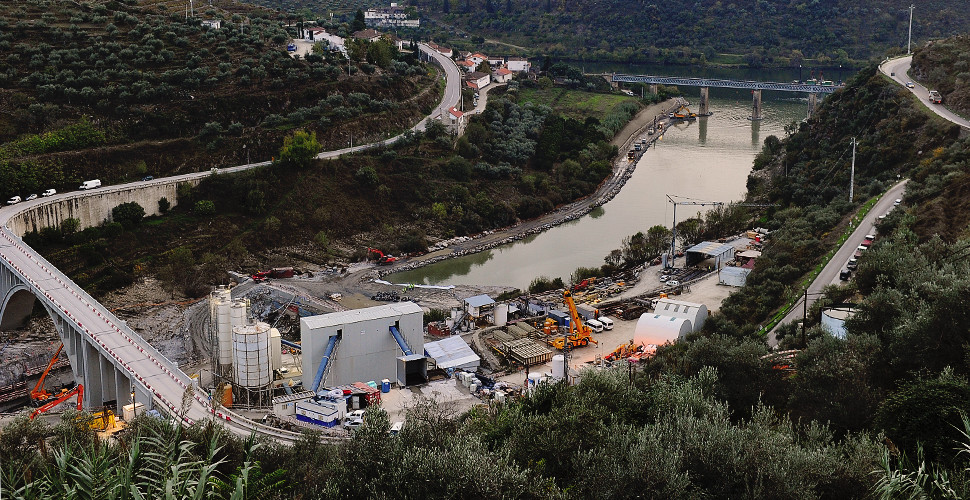 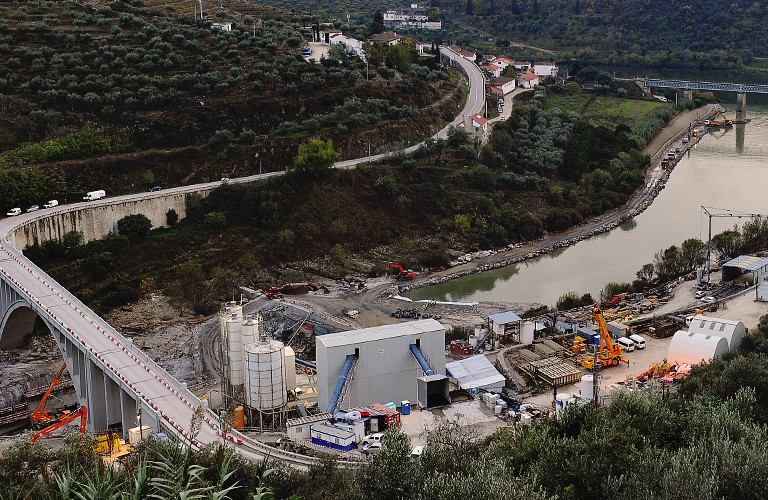 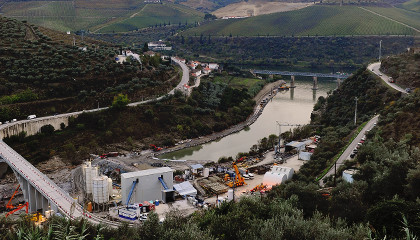 It is from here that Ana Paula Moreira considers that an innovative and very positive approach was taken. "The great advantage that Tua had over the previous projects was that we set up the Regional Development Agency for the Tua Valley (ADRVT), an agency that encompasses the 5 municipalities affected directly by the reservoir and the dam, as well as EDP." This means that there are 5 public entities (Alijó, Carrazeda de Ansiães, Mirandela, Murça and Vila Flor) working with a private promoter in a forum to analyze problems, define strategies and implement courses of action for regional development on a supra municipal platform, where the "glue" is hydroelectric exploitation. This is unusual."

From the Declaration of Environmental Impact to surveying the ground

It was within the ADRVT, in an innovative model in which the decision-making process is performed in a participatory and inclusive way, that the projects were designed and elaborated to minimize and compensate the impact of the dam in an already impoverished region that feared the end of the Tua communities.

The impact on the Douro River, voted as World Heritage, on the Tua River Valley, and in terms of the flooding of the centennial railway line were also taken into account during the development of an intense program and included in the response to the Environmental Impact Statement (EIS). 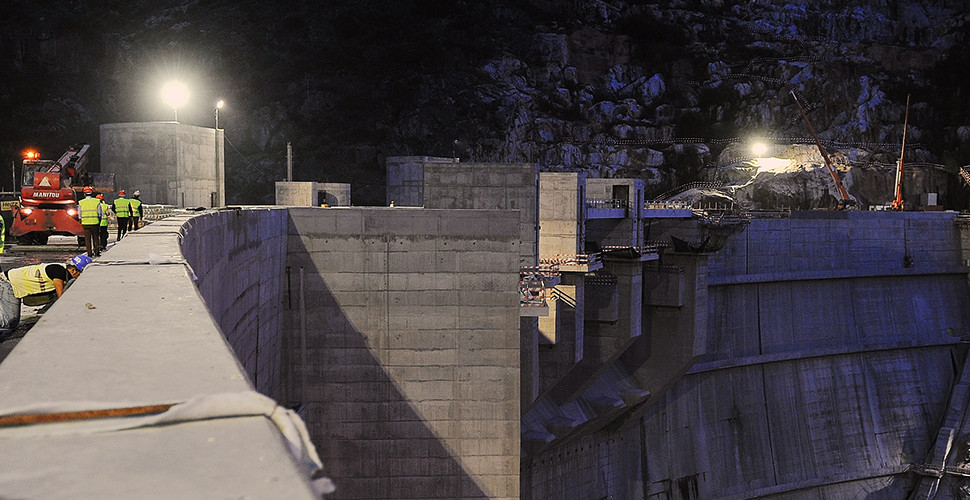 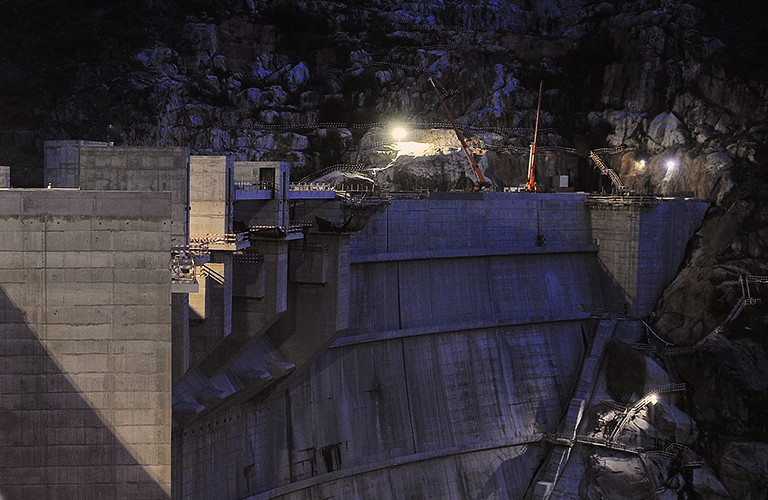 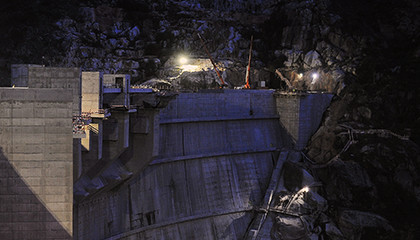 UNESCO even came to visit the territory twice because of complaints presented by the Save the Tua Platform, which claimed that the EDP project jeopardized the classification of Patrimony of Humnanity awarded Douro Vinhateiro by that organization. UNESCO later concluded that the construction of the dam did not endanger the region.

In order to respond to the needs identified by ADRVT, EDP announced the revision of the project to mitigate its impact, working with architect Souto Moura to "achieve the best possible solution, and for the dam to constitute added value for the region," as  Freitas da Costa, the general director of the project, explained to Lusa.

"For every impact there are measures taken"

Ana Paula Moreira explains that "what appears in the Environmental Impact Study is not quite a risk. The impacts are analyzed and for each impact there are measures taken."

This is how she explains how compensation was made for the impact the construction would have on biodiversity, something that lead to the construction of the Tua Valley Regional Natural Park. "We had to set up an environmental fund for 3% of the net income, which had to be handed over to the Institute for Nature and Forest Preservation for the management of the development. With this partnership, it was possible to carry out this great project that is the Tua Valley Regional Park. " This amount goes to the residents and is managed locally. This is the first regional natural park in the country and belongs to the natural.pt network. 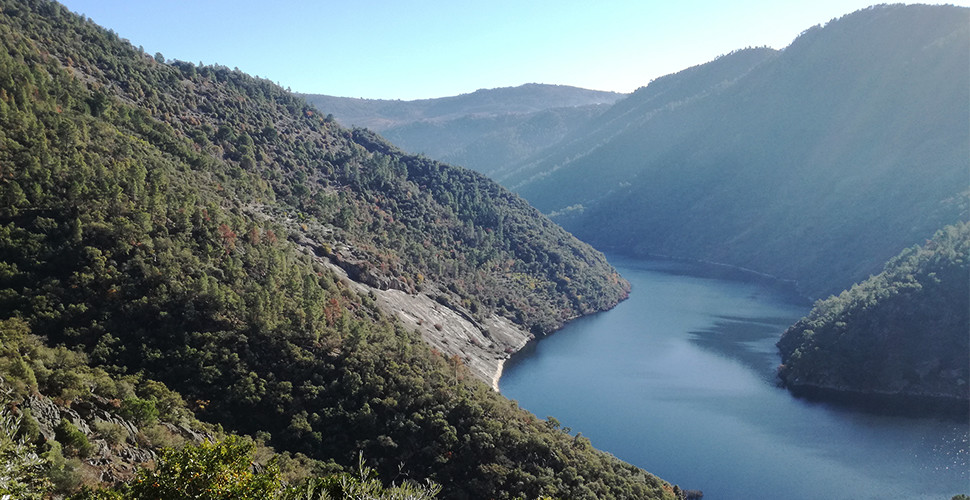 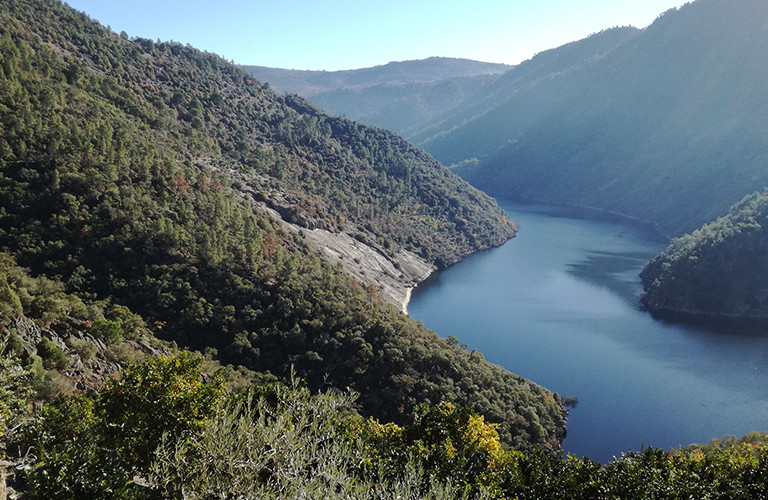 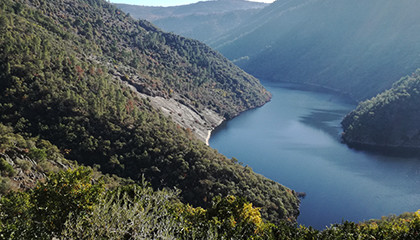 The construction of the Tua Valley Interpretation Center is another important project that aims to preserve the memory of the valley and help to preserve the cultural patrimony of this region. 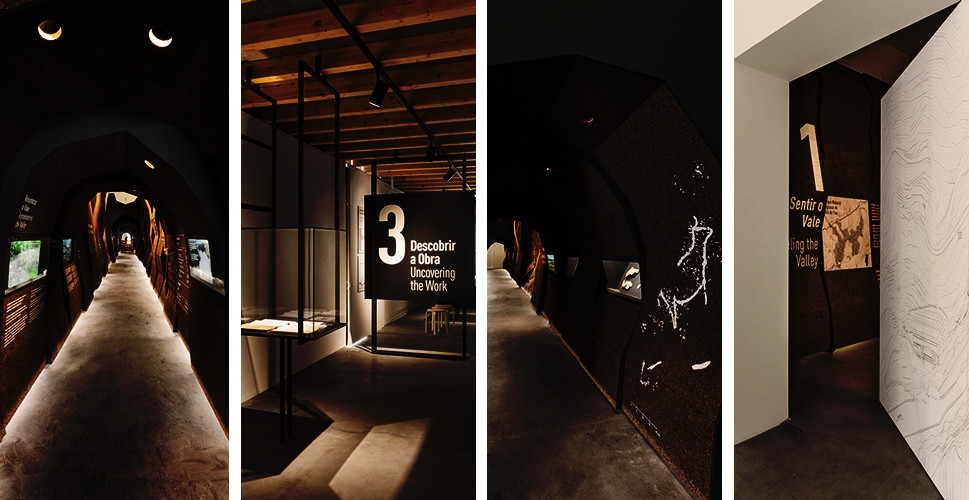 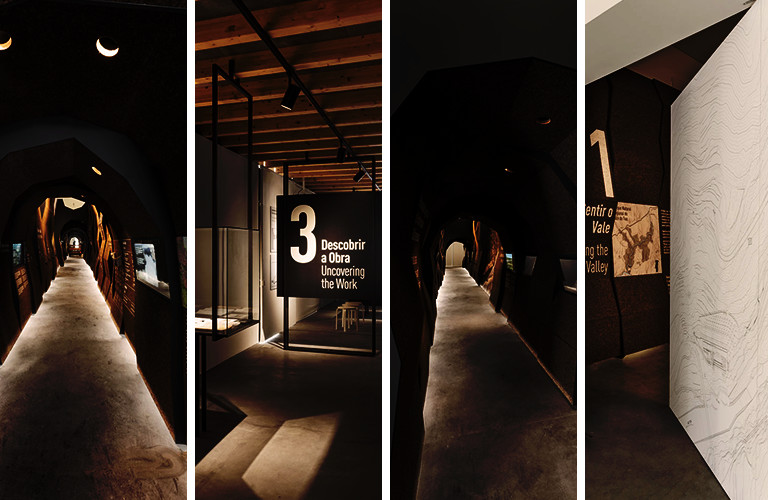 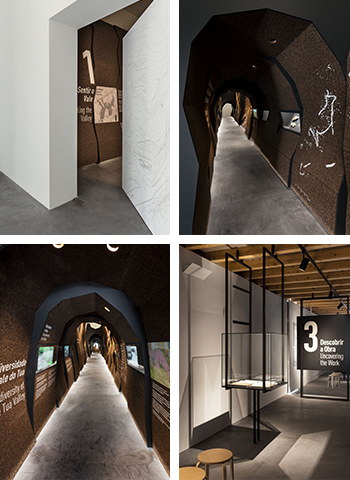 To deal with the flooding of the railway line (which was already inactive), it was necessary to create the Tua Mobility Plan. This theme was the most controversial in the media, but was also exciting for Fernando Barros, mayor of Vila Flor. "We are making history," he told Lusa in an interview in 2017.

This is a multimodal plan that includes: river, railroad and highway. "Together, and at the headquarters of the Tua Valley Regional Development Agency, we set up a multimodal plan. A private operator was found (MysticTua - an affiliated company of Douro Azul) to manage, explore and operate that mobility plan. We made a plan that included other modes of transport beyond the affected line. This has always been promoted by EDP, but with the agency involved, this is the great driver of local development," explains the Community Relations Manager.

The Entrepreneurship Program was another example of mitigation implemented by EDP. Desertification and unemployment were themes focused on during the study of the impact of this development on the population. If the construction phase of a dam brings local employment and dynamism, it is also necessary to ensure that a medium-long-term vision exists. For this reason, an entrepreneurship and business creation program was established. In Foz Tua and Baixo Sabor, 86 companies were established, corresponding to about 80% of the balance of the companies created and existing in the region in 2011.

"It started as Empreende Tua with EDP, and then went to the Agency, which became a promoter, to incorporate in its DNA the construction of this type of more immaterial project." Ana Paula Moreira reveals that the ADRVT recently made a successful application for community funds to reinforce the program, which provides a contribution of 560,000 euros. "Things were not over and done with; there is continuity, sustainability of the projects, which continue and go beyond what is the construction of dams," she concludes. 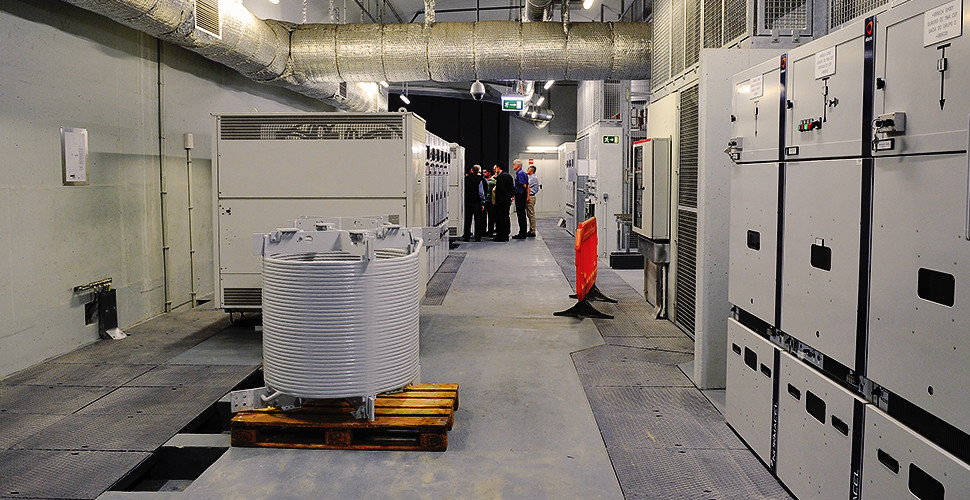 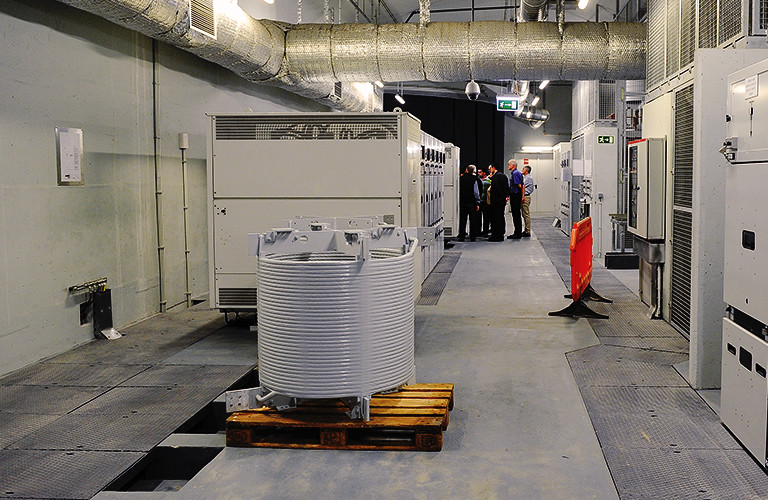 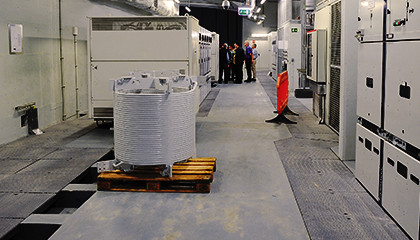 Since the summer of 2017, the hydroelectric venture is producing energy under a "trial license". The explanation was given by EDP's administrator to Lusa. The works have been completed and the yard at the dam serves for landscape recovery, as designed by Souto Moura.

The administrator stated that "all of EDP's obligations with respect to compliance with the Environmental Impact Statement have been fulfilled and therefore we expect the definitive operating license to be issued."

The Foz Tua dam will increase the country's water production capacity by 6%. The energy generated will allow an annual reduction of 20 million euros in fossil fuel imports in the medium term.

In addition, EDP continues to be present in the region to monitor the success of its actions. The results may not be visible in the short term, but the company believes it plays an important role in boosting the local economy, combating desertification and unemployment.

A close relationship with the community continues to form an integral part of the project maintenance. "In truth, when we create a dam or a power plant, when we create a reservoir, we are making new neighbors," and this, for Ana Paula Moreira, is very positive.