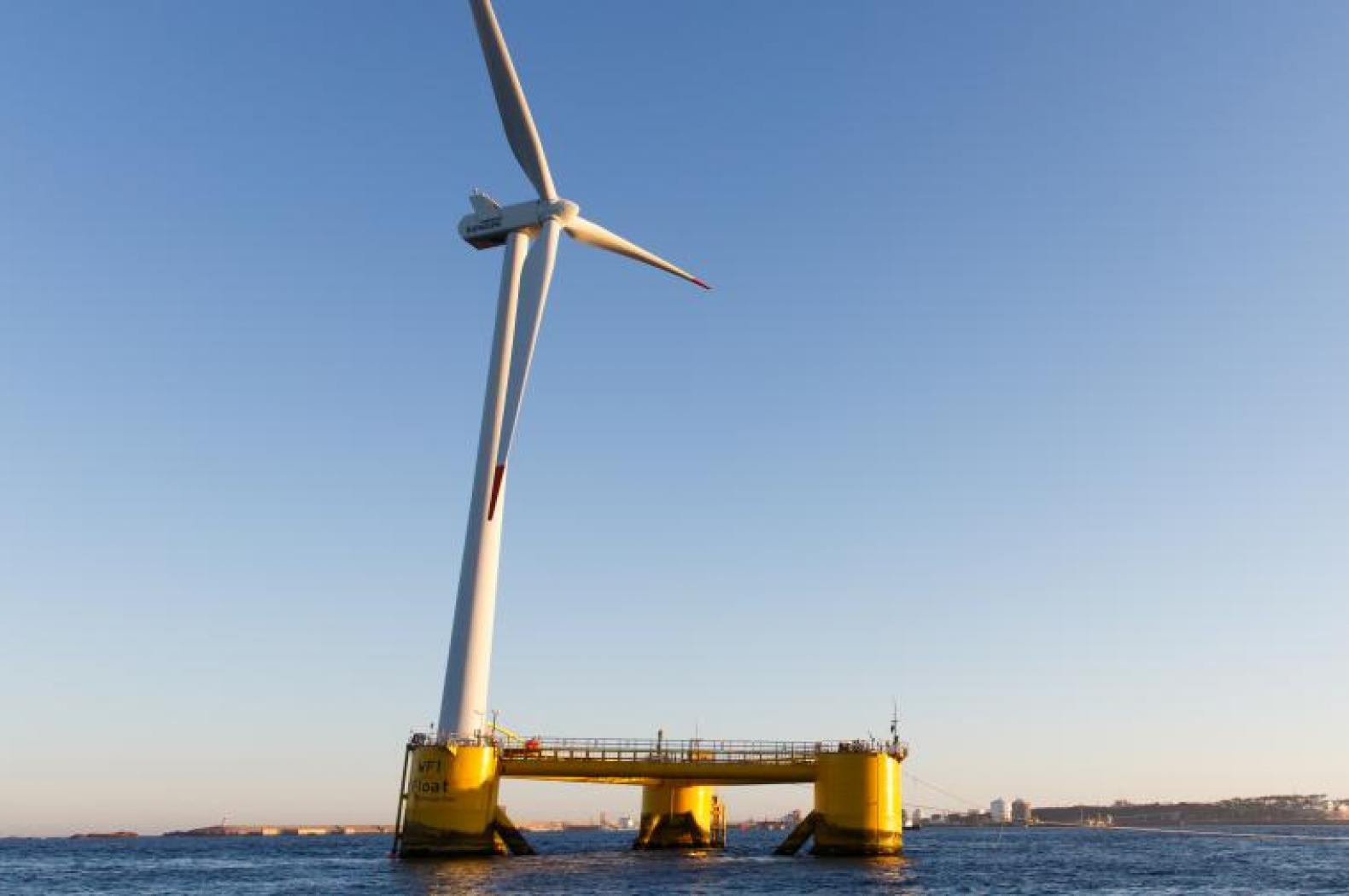 WindFloat Atlantic's first platform, which has the world's largest offshore wind turbine based on a floating platform, set off for its final destination off Viana do Castelo. The park will have three floating wind towers and is being developed by the Windplus consortium.

The first floating platform of the Windfloat Atlantic project, the first floating wind farm in continental Europe, is already being carried offshore. The structure left the port of Ferrol, Spain, and will be installed 20 kilometers from the coast of Viana do Castelo. When ready to go into the operational phase, the three floating structures will measure 30 meters high and have a distance of 50 meters from each other.

The structure is made up of a floating platform on which a wind tower is placed, the largest installed on such a surface to date. In the coming months, the two other platforms will also be transported to their final location to complete the wind farm, which will have an installed capacity of 25MW, capable of producing enough electricity to supply about 60,000 homes per year.

The project will accelerate the commercial implementation of innovative WindFloat technology, which harnesses the abundance of previously inaccessible deepwater wind resources. The WindFloat Atlantic project is an important milestone for the industry as it is the world's first semi-submersible floating wind farm.

Since it can be deployed in very deep water, this technology can harness energy resources across vast areas of the sea, addressing crucial societal challenges such as the transition to clean energies, energy security and climate change.

The project is being carried out by the Windplus consortium, which includes EDP Renováveis (54.4%), Engie (25%), Repsol (19.4%) and Principle Power Inc. (1.2%). The park will have three wind turbines based on floating structures, which are only held by currents to the seabed, about 100 meters deep.

Windfloat Atlantic includes state-of-the-art technology that minimizes environmental impact and enables the production of deep-sea offshore wind power as in the case of the Portuguese coast. This technology has broad benefits that increase its accessibility and improve cost-effectiveness, including the ability to mount it on land on a dry dock without the need for specialized trailers. It also has the benefit of not relying on the complex operations that are required to install traditional seabed structures, such as traditional offshore wind farms.

Transporting the first of the three structures that make up the park is an important milestone in this project, as it has avoided the need for a tug specifically built for this project. This benefit, in addition to the simple anchoring process, makes it possible to replicate this initiative in other geographical areas and it facilitates the commissioning phase of a similar project, regardless of geographical boundaries.

The Windfloat can support the largest wind turbines available on the market of nearly 9MW each, helping to increase renewable energy production and significantly reducing costs.

The project is based on the success of the WindFloat1 prototype, which was tested on the high seas from 2011 to 2016. The 2MW prototype was able to continuously generate renewable energy for five years, surviving extreme weather conditions that included waves of up to 17 meters and winds of 60 knots.

Two of the platforms were manufactured at the port of Setúbal, in Portugal, and the third at the ports of Avilés and Ferrol, in Spain. Windfloat Atlantic is supported by public and private institutions that encourage leading companies in their markets to participate in this project. The Portuguese government, the European Commission and the European Investment Bank provided financial support to the wind farm.

The partners who made this project possible include Principle Power, the joint venture created by Navantia and Windar, the A-Silva Matos group, Bourbon, wind turbine supplier MHI Vestas and JDR Cables.

EDP Renováveis is a world leader in the renewable energies sector and is the world's fourth largest producer of wind power. With a solid portfolio of projects under development, high quality assets and one of the largest operating capacities in the market, EDPR has seen decisive growth in recent years and is now present in 14 international markets (Belgium, Brazil, Canada, Colombia, Spain, United States, France, Greece, Italy, Mexico, Poland, Portugal, Romania, and the United Kingdom).

The group is a worldwide reference point for low carbon energy services and solutions. In response to the urgency of climate change, ENGIE's ambition is to become a world leader in the transition to zero carbon emissions "as a service" for our customers, including global companies and local entities. The company believes in core activities (renewable energies, gas and services) to deliver competitive turnkey solutions.

Repsol is a global company present throughout the energy value chain. The company employs over 25 000 people and its products are sold in over 90 countries, reaching 10 million customers. It produces about 700,000 barrels of oil per day and has one of the most efficient refining systems in Europe, capable of processing over one million barrels of crude per day. The company is well positioned for the energy transition with an emphasis on developing gas production projects. It operates low-emission power generation assets, including photovoltaic projects and is a pioneer in the development of mobility initiatives to create new solutions and energy sources for transportation.

Principle Power is a global energy company that develops technologies and services to harness the world's energy resources by providing access to previously inaccessible deepwater and offshore wind farms.

With its proven and sought-after WindFloat technology, Principle Power is the leader in the commercial floating offshore wind power market. By simplifying the way offshore wind power is implemented, this unique technology assists the continued development of the offshore wind industry as a whole, opens up new deepwater markets and has the potential to substantially reduce the cost and risk profile of offshore wind projects globally.