Biodiversity vs. Humanity: A Fight Without Winners | edp.com

The loss of biodiversity can lead to the extinction of human beings.

If Biodiversity were to have a drink with Humanity to talk about its problems, the meeting would take place in a cut-throat environment. Biodiversity has plenty of reasons to accuse Humanity and feel angry. Humanity seems to have created an arm-wrestling match to see who is the strongest, failing to realize that no one will emerge victorious from this competition.

In that conversation, Biodiversity explains that it is like a spider web. It is strong when intact, but if someone “breaks” it, it weakens. Thus, if Biodiversity elements become weaker or disappear, its resilience is bound to vanish. And so is Humanity.

"I comprise all species of plants, animals, microorganisms and other living beings in a specific region or time. My importance is assessed on three levels: genes, habitats and species," Biodiversity 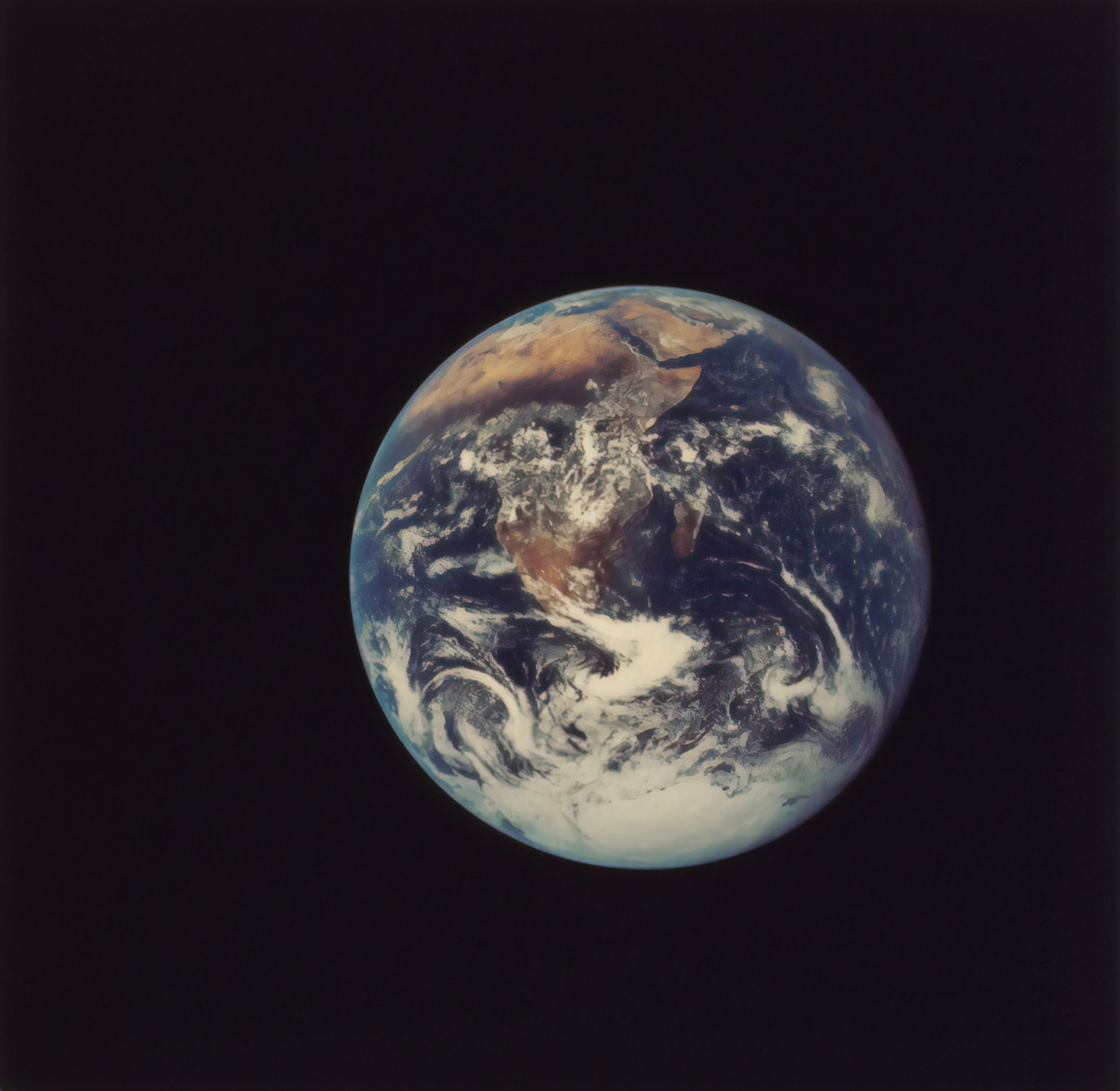 There is now a major global effort to contain biodiversity loss. Nature is essential for human life, and the current economic model is responsible for its destruction. Humanity must realize it will have to pay the bar bill, no matter how high it is.

EDP has long been aware of the difficult dialogue between Biodiversity and Humanity, and knows that its own activities also have an impact on nature. “This is why the Group has set a No Net Loss target for all new projects with significant residual impact until 2030,” says Vítor Batista from EDP's Sustainability Board.

This means that before the project is implemented, the company adopts a mitigation hierarchy to avoid, minimize and restore the project's potential impacts. If significant residual impacts have been identified, EDP adopts offsetting measures to completely eliminate such impacts, or, preferably, to obtain gains in terms of species composition, habitat structure, and ecosystem function. This equilibrium point is achieved through offsetting measures, as these are longer-term measures that require strong partnerships and the engagement of local socio-economic actors. Thanks to this offsetting scheme, it is possible to obtain positive overall gains. That is how EDP is committed to managing impacts on biodiversity.

"In fact, any human action that alters the state of a habitat or ecosystem - through destruction or fragmentation, for example - will always trigger a change, but there are measures we can take to secure the functioning of those habitats or ecosystems. They won't be the same, but they can still work normally. If we create a barrier in a habitat, we must do everything we can to ensure continuity (connection) through ecological corridors." Vítor Batista, EDP Sustainability Board. For the survival of our planet

Humanity may want to walk away, but it must realize that this may be the last time it will have a drink with Biodiversity.

The facts are daunting but very real. According to the Global Assessment Report on Biodiversity and Ecosystem Services, one million species may be pushed to extinction in the next few decades. The destruction of the natural world has never been swifter and more devastating, and the main causes for this state of affairs lie in the constant changes affecting the environment and the destruction of local habitats.

Tropical forests are cleared, animals are seen as tradable commodities, oceans are polluted, and temperatures continue to rise due to climate change. Food, energy and water are some of the resources nature provides us to keep us alive.

We must also keep in mind that many drugs are developed from substances found in the natural world, rather than in the laboratory, such as aspirin and penicillin. Biodiversity has many other functions which Humanity seems to ignore, such as protecting us from storms and pests or being the most important carbon reservoir we have. If Biodiversity is destroyed, all this carbon will go into the atmosphere, which will accelerate global warming and climate change.

Protecting species and their habitats

Scientists estimate that species are disappearing 1,000 to 10,000 times faster than the natural rate. A UN study - signed by representatives from 130 countries - reports that one million species of plants and animals may be pushed into extinction in the next few decades. The situation described in the report must be reversed.

EDP is aware of the effect of its activities on the lives of some species and has adopted several measures to mitigate their impact. An example of this are the measures that have been adopted with regard to white stork nests. During the nesting period, this species seeks the support of electricity distribution networks. The bird's proximity to electrified areas can result in electrocution.

Due to their characteristics, electricity poles convey a sense of false security to the thousands of bird couples that try to build their nests there every year. EDP Distribuição checks overhead power lines every year to remove or transfer any nests that may be seen to be at risk. 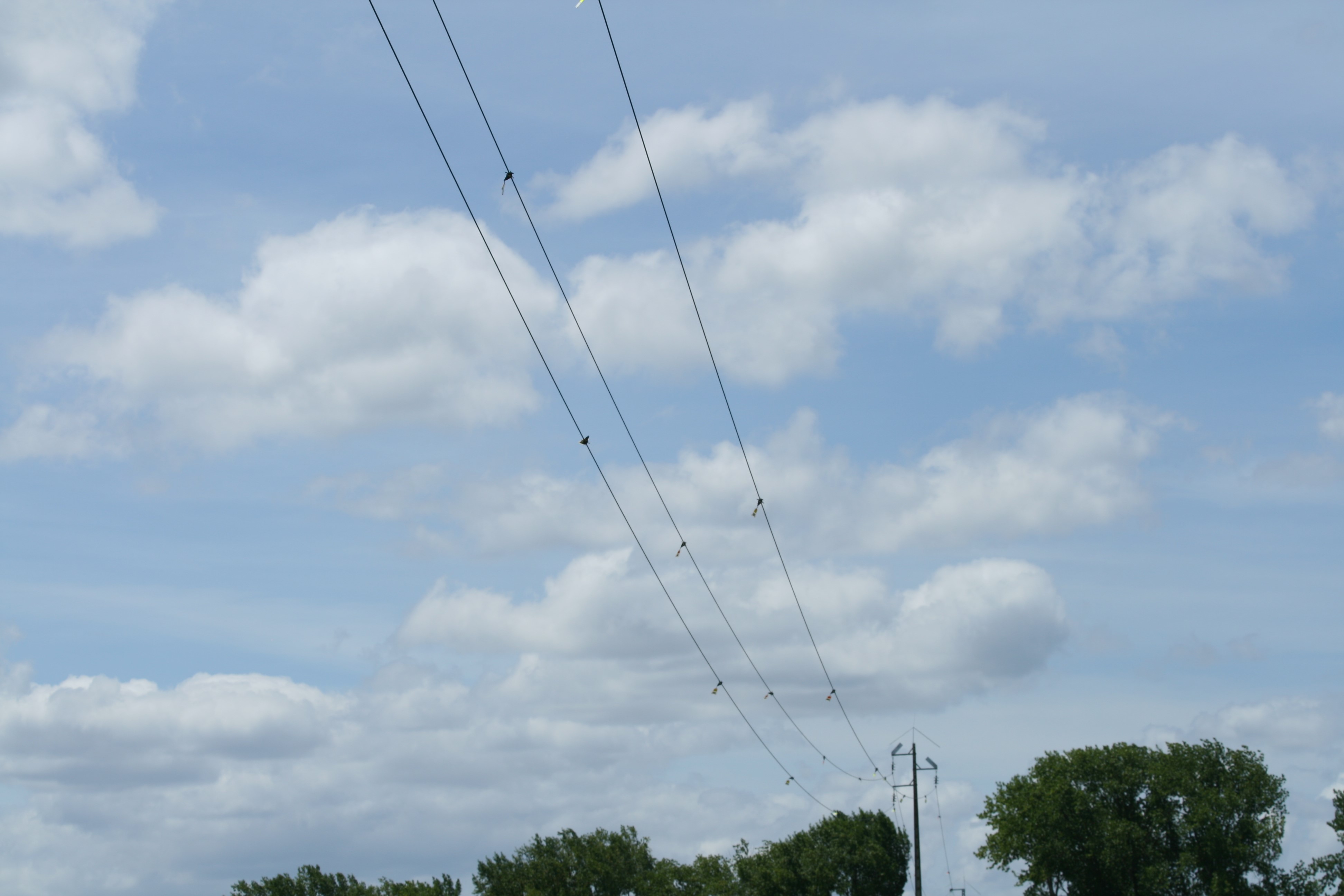 Faced with other problems involving power lines in Portugal, EDP created the Avifauna Protocol, which was considered a pioneering project. Since 2003 the company has created a good practices handbook for the construction of new power lines and corrected 647 km of old power lines in protected areas, which were considered critical due to the risk of bird electrocution and collision.

In Brazil, EDP has been trying to reduce deforestation practices during the construction of power lines. The company thus uses unmanned aircraft to extend power cables. This makes it possible to avoid traditional methods that damage vegetation areas. This technology was tested during the construction of the distribution line in Santa Maria de Jetibá; it is estimated that there was an 85% reduction in the required vegetation removal area.

EDP Renováveis looked for a way to reduce the number of bird deaths due to collision with wind turbine blades. One of the best examples of this is the offshore project Dieppe-Le Tréport, in France, where the company decided to increase the height of turbines by 15 meters (thus reaching 33.5 m against the previous 18.5 m). The height at which birds fly in this region usually coincided with the turbines' rotor swept area. The measure facilitated the passage of birds and reduced the number of collisions, which translated into a reduction in the number of bird deaths. 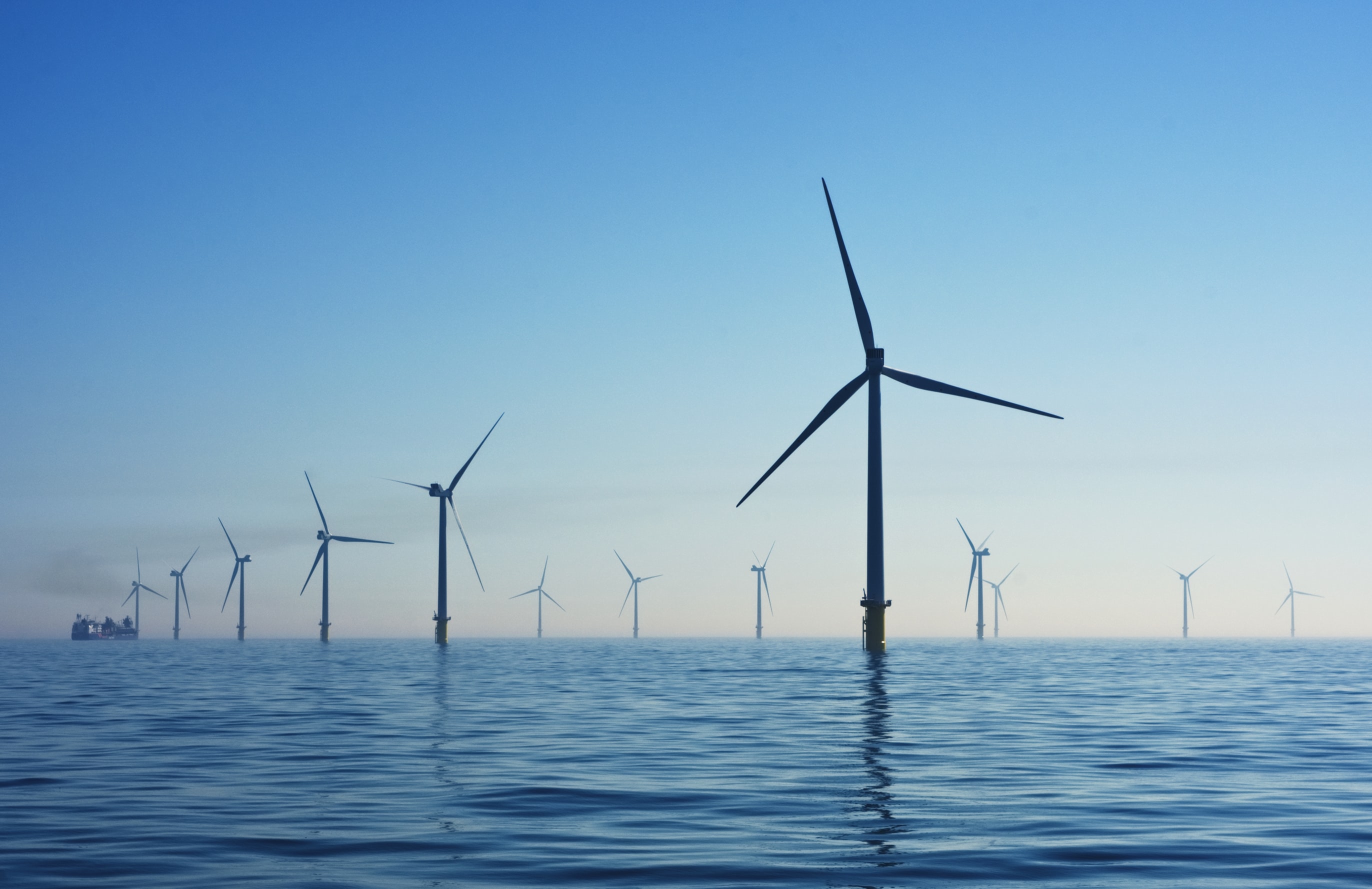 Despite the deaths caused by wind turbines, these structures kill fewer birds than radio and telecommunication towers. Moreover, wind power is one of the most eco-friendly energy production methods available and plays a crucial role in the fight against climate change.

At this point in the conversation, Humanity frowns. It takes a skeptical look at Biodiversity and considers whether it should order another drink. It wonders whether biodiversity loss is more worrying than the climate crisis.

Biodiversity explains that Humanity needs a functioning ecosystem to obtain water, food and other resources. Without species variety it becomes less resilient and more vulnerable to climate change. This is why environmental mitigation measures are indispensable.

Against this backdrop, EDP Portugal has been trying to boost the balance of ecosystems in river sections where dams have been built in recent years. Therefore, when a habitat is damaged by construction works, the company adopts offsetting measures, creating quality of life in neighboring habitats. EDP makes sure these spaces are big enough so that affected species can continue to feel "at home."

EDP also has fish ladders in many hydroelectric structures, allowing fish to flow both upstream and downstream. This way, fish can reach the other side and continue their journey, either to spawn or to proceed in their migratory path. 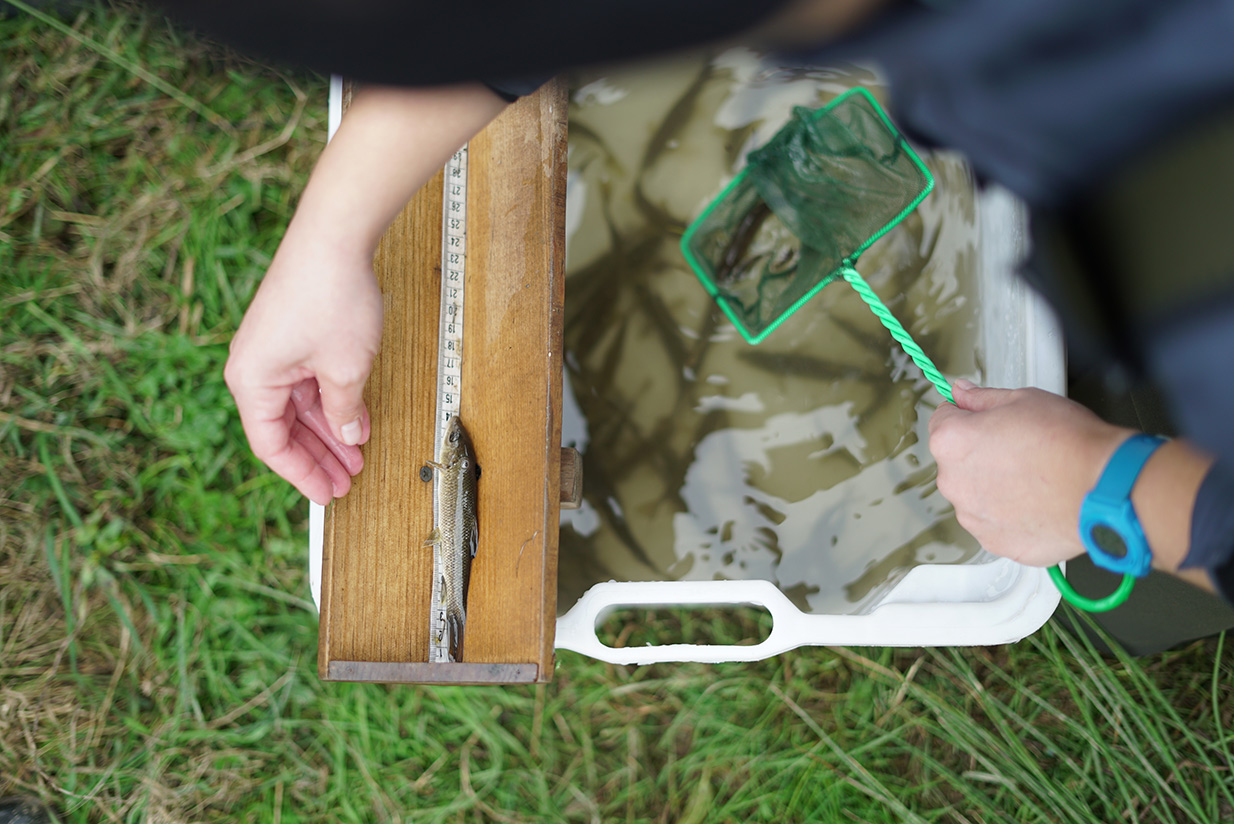 The importance of forests

Forests are an important part of our ecosystem. According to the UN, they supply 75% of the world's freshwater. Due to urbanization and the expansion of agricultural and livestock crops, the Earth has lost a lot of vegetation cover. Moreover, forests are being destroyed by burnoffs and deforestation. These are responsible for 12% to 20% of global greenhouse gas emissions, which contribute to global warming. Forest decline in Portugal reduces biodiversity and endangers some species, causing others to disappear completely. 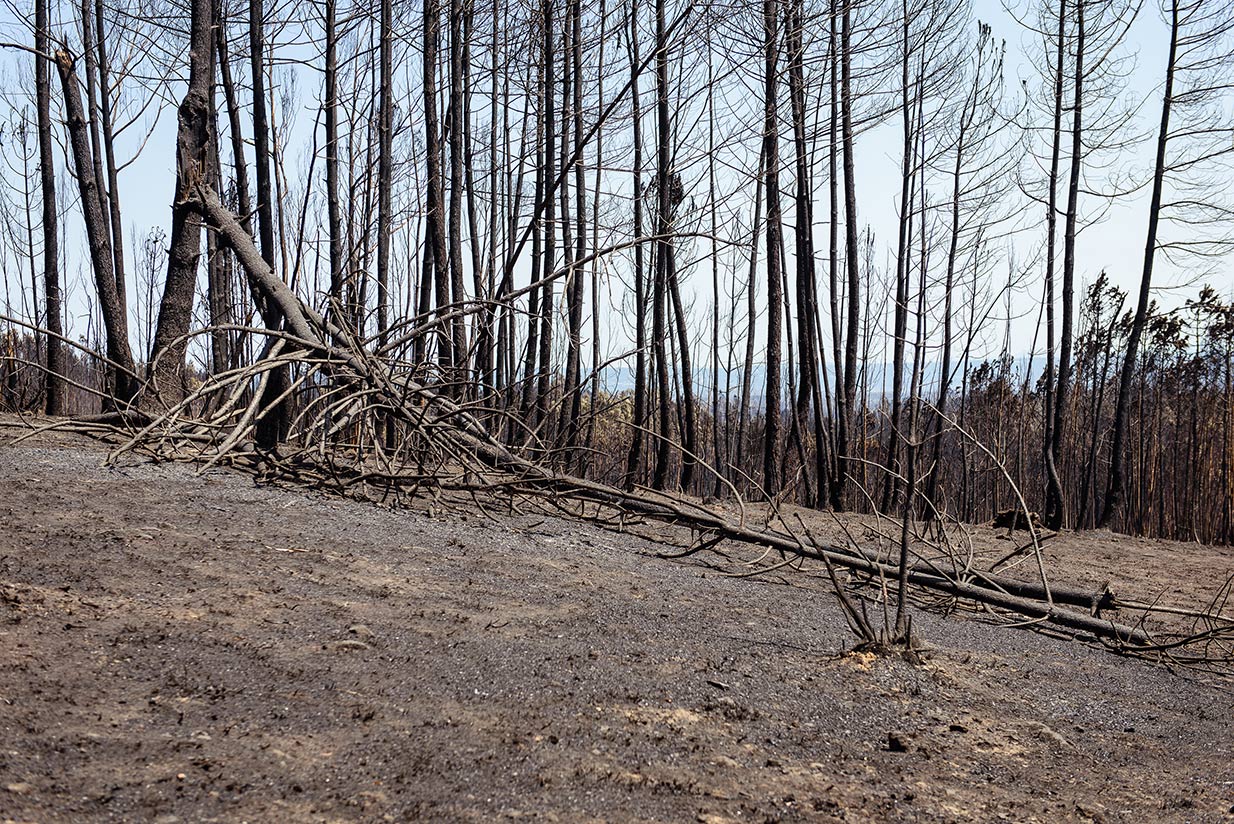 To boost biodiversity, EDP devised the Fire Risk Reduction Plan, which was designed to protect about 2,000 hectares of priority habitats. This offsetting measure was implemented in 2014; four years later, figures show that the average number of fire occurrences dropped by 80%. The EDP Group also has a reforestation project based on volunteer work: in 2018, EDP employees planted over 6,000 plants in some of the areas most severely affected by forest fires in Portugal.

The hours go by as the conversation goes on and someone orders another drink. Now it's time for Biodiversity to ask: "How will things be tomorrow?" It depends on what Humanity does now. Humanity cannot go on competing against nature and thinking that there are no limits. In the words of Vítor Batista, "we are creating the conditions to destroy ourselves." That is why we need to think, plan and act locally with individual and collective choices on a daily basis.

Humanity can start by promoting local biodiversity, preferring seasonal foods, avoiding the use of pesticides, and opting, whenever possible, for organic products. It can also reduce water consumption and follow the 4 Rs of sustainability: reduce, reuse, recycle, and recover. If it is not possible to avoid the production of waste or to reuse it, Humanity can separate the materials for recycling.

EDP is always ready to lend a helping hand. The EDP Group has been implementing several initiatives that are not directly related to its core business, using knowledge sharing and awareness-raising for environmental education. An example of this is the Junto à Terra/Close to Earth project, which aims to teach young people that biodiversity and ecosystem services can play a critical role in the well-being of local communities.

According to Vítor Batista, who was involved in the creation of the project, "this is a way of achieving positive results, building communities, sensitizing them, awakening them to the importance of natural resources in socio-economic development, through the importance of biodiversity."

If this conversation ended at the bar, our story would have a happy ending. Humanity and Biodiversity would end up embracing each other and holding hands... with the certainty that tomorrow everything would change.

Since we do not have all the time in the world, urgent global collaboration is needed to protect Biodiversity. Citizens, companies, governments, societies - everyone has to join forces to avoid what may well be irreversible as early as 2050. We at EDP have long recognized our impact on nature, and that is why protecting biodiversity and natural capital is part of our DNA.