EDP summer camps: playing and growing up in the Summer | edp.com

A summer camp experience when you are a kid is like an interrail challenge for a teenager: 12 days away from home and lots of fun, in a kind of 'traineeship' for life. Sleeping in dormitories or tents, interacting with people from different backgrounds, and learning - a lot - through experience. For all these reasons, summer camps leave positive imprints on those who have experienced them - skinned knees and unlikely friendships confirm each one's courage to leave their comfort zone. In the background, the courage to grow up.

Maria Antónia Fonseca had her first Holiday Camp experience more than 50 years ago. She recalls that summer with astonishing clarity, even though it was before the April 25 revolution. This was a time when most people did not 'go out on vacation' and couldn't afford dream vacations for their children.

Maria Antónia's father worked at União Eléctrica Portuguesa, an electricity distribution company that decided to create a space in Palmela where employees' children could spend their summer vacations outdoors with same-age kids.

Following the 1974 revolution, Portugal's various electricity companies were nationalized and EDP was created; the summer camp tradition remained, as in Palmela, where Maria Antónia Fonseca used to go every summer.

The 'big yellow building in Palmela', as these children remember it, was built in the 1950s and designed by renowned architect Keil do Amaral. The dining room features a beautiful tile panel created by Maria Keil. Back then, summer camps were organized into different time slots: one slot for girls, one slot for boys. There was only one dormitory, where girls or boys got together every fortnight.

And it was fifteen days of fun. In addition to the dormitory and dining room, there was another room where children would paint and draw, as well as outdoor spaces with swings, a sand pit with toys, and a huge lawn area. Children absolutely loved these facilities back then, but nowadays, according to Maria Antónia, they would certainly find them insufficient.

The space now features a pool and a pavilion, as these children now do theater and other kinds of activities. The summer camp staff was not qualified for this kind of work, things were different, and kids nowadays wouldn't be happy at all if they only had the facilities we had back then!
Maria Antónia Fonseca, former EDP Distribuição Communications Director 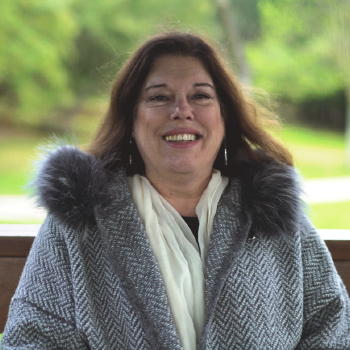 The tradition of holiday camps for the children and (more recently) the grandchildren of employees remains alive at EDP, as part of the company's social responsibility policies and of its duties as a family-conscious institution. And many improvements have been made over the years. Árvore (Vila do Conde), Castelo de Bode (Tomar) and Palmela (Setúbal) are the company's summer camps today.

Ricardo Messias spent many summers at the Palmela camp in the 1980s but continues to visit the building on a regular basis - his two daughters (Madalena, aged 10, and Maria, aged 7) are also frequent camp 'guests'. It was the positive experience he had as a child that led him to enroll his daughters. On the one hand, he remembers the friendships and fun he had there; on the other hand, he also feels it gave him the opportunity to learn important things.

I enrolled my daughters precisely because I think summer camps provide us with some tools. People talk a lot about soft skills nowadays, right? And companies spend a lot of money training people. Summer camps foster these skills. Suddenly you find yourself in a group, you step out of your milieu, and you have to create relationships. And this is really important - having the ability to create relationships in an environment that is not our comfort zone.
Ricardo Messias, Advisor to the EDP Distribuição Board of Directors 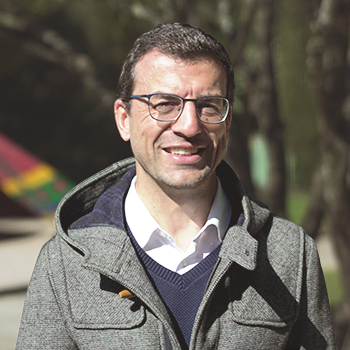 Ricardo describes summer camps as places of 'constant team building', and he particularly appreciates the opportunity he had to connect with people from different backgrounds. It was there, for instance, that he found out that there were children his age who had never learned to read. The summer camp provided him with the 'realization that there are very different realities within our society'.

His daughters Maria and Madalena, whose summer camp experience is much more recent, have nothing but good things to say: 'We like everything about the camp, everything is great!' Every day is a surprise: 'We would wake up and do new things, we never knew what was going to happen'. And it changes according to the participant's age. While younger children spend their time with games, team sports, pool frolicking and nature-based educational activities, older children are challenged to experience real adventures.

With no fear and (almost) without missing home

André Andrade was a regular EDP summer camp participant for about 10 years. The smiles and skinned knees in old photos from those summers are proof of the experiences that have helped shape the person he is today.

I first went to summer camp in 1995, at the age of 6, and after that I became a regular participant, I never missed a single year. I made a point of going.
André Andrade, EDP Comercial IT Project Manager 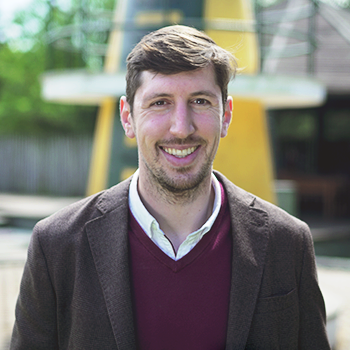 André says that during those two weeks they did all sorts of things, 'from a simple 30-minute soccer match right after lunch to photography and radio workshops... There were lots of activities, either purely recreational or with some learning involved, so we could learn something useful'.

But the highlight of the holiday for older children was 'The Tour', which André recalls with a shine in his eyes. 'The tour was a two-day thing. During the day we would have scavenger hunts and other activities, and then we would spend the night outdoors, in a park. It was a real adventure.' According to Ricardo Messias, it was all about spending two weeks away from your parents, with children your own age, in a kind of 'controlled freedom'.

'Parents know that if something ever happens, their children can be in another environment without their protection, which is also one of the reasons I let them go to summer camp. We can't always be around, and there they can start training that ability in a controlled environment'.

A tradition of warmth and friendship

Everything is supervised by counselors who end up becoming friends of the children and young people who go to these summer camps. According to Ana Maria Ferreira, Deputy Director of Social Affairs at EDP Valor (in charge of the EDP summer camps),'Counselors must have adequate training, as well as a certain behavioral and age profile. Once the educational management company selects these counselors, we always validate their CV and profile'.

And every year there is a deeper mutual understanding between EDP officials and summer camp counselors, many of whom are employees' children.'They spent their summers in our summer camps and got the bug, and therefore they decided to have specific training as counselors (because regardless of their academic studies, counselors must have specific training) so they could become monitors in the summer camps where they spent their vacations,' says Ana Maria Ferreira.

This is a tradition of warmth and friendship that goes back to the days when education was often synonymous with austerity and punishment. In the 1960s, 'counselors had a very warm, affectionate attitude towards children', says Maria Antónia Fonseca. 'And there were no punishments. If someone did something wrong, maybe they would be told to sit somewhere and calm down, lose some energy - but no, I don't recall being punished, it was a very easy interaction.'

It is this proximity that helps children keep the feeling of longing for home at bay. And for the little ones who are not prepared to spend two weeks away from their parents, there are also one-week slots to facilitate the transition and encourage autonomy. 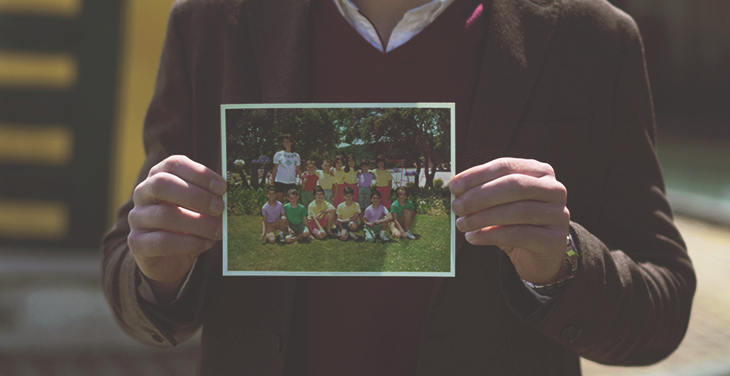 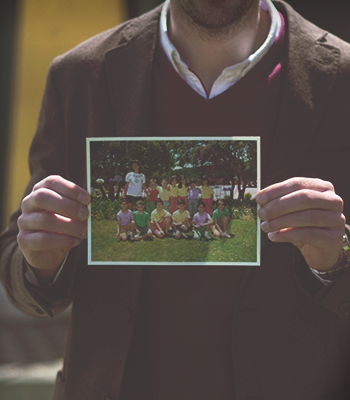 Each summer camp season is planned one year in advance to ensure the best material conditions (facility improvements, new acquisitions, etc.) but also a healthy balance between play and learning.
Every year, the educational management partner selected by EDP creates an activity plan focused on a particular theme, which is chosen by UNESCO.
2019 has been chosen as the international year of indigenous languages, and therefore all sporting, cultural and recreational activities at EDP's summer camps will somehow revolve around this theme.

This activity plan is drawn up by taking into account the location of the summer camp, the community in which it is located, and the age of each slot's participants. Over the years, Ana Maria Ferreira, EDP Valor Deputy Director for Social Affairs, says, the challenge has been to find ways of engaging young people with nature by focusing on physical activities and 'disconnecting' them from technology.

"We have noticed that our kids are less and less fit in terms of motricity, so we keep videogames and gadgets outside the activity plan, because we want to focus on outdoor learning, on getting in touch with nature, on teamwork, and on developing other skills such as acting, writing, or the visual arts". 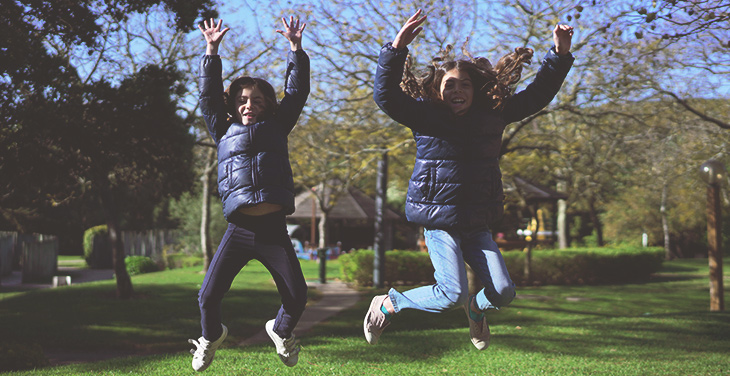 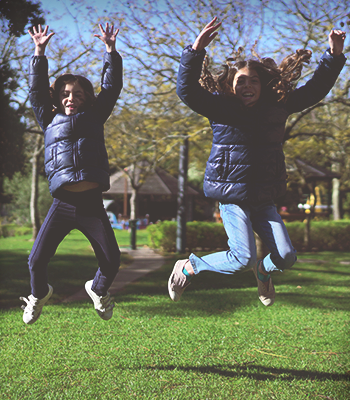 Mobile phones are handed over to the counselors, who keep them safe, but children can use them every day to make and receive calls or even to send text messages after lunch. In addition to their recreational nature, summer camps are also meant to contribute to the development of children's personal skills and autonomy.

EDP's summer camps are seen as a benchmark and have been used as a model for many other companies that want to provide similar services. The commitment and passion of the employees who dedicate themselves to this activity play a crucial role in this success, but according to Ana Maria Ferreira, the decades of experience and the rigor employed in EDP's summer camps also elicit a high level of trust from employees

'Before we start any summer camp, we must submit a lot of documentation to the Portuguese Sports and Youth Institute, namely the facilities' security audits. Everything is assessed, anti-intrusion systems, fire prevention systems, whether the stairs are adequately marked... Several requirements are assessed in these security audits, which will then result in a security certificate', she says.

And the assessment has been positive, year after year. Childrens' summer camp experiences are scrutinized by means of a survey sent to parents and grandparents, and the rating is close to 9 out of 10. On the children's side, the evaluation is similar.

From learning simple things such as tying shoelaces and bathing alone to the first contacts with young people from different countries and social backgrounds - not to mention the first crushes, which would then continue through love letters -, all these experiences have made summer camps a memorable adventure. Children and counselors miss each other.

Ricardo Messias is an example of the lasting impression these holiday camps have made on several generations. 'I very much remember Ana Maria Ferreira, who was in charge of the camp and still works at EDP Valor's Social Affairs, because although our parents weren't there, we still had someone who would come to our aid if we needed it. So I'm sure that if they need an affectionate gesture, there will be someone there to give them what they need.'

And Ana Maria Ferreira confirms this:'There are kids who stay with us since they're 6 until they reach the age of 15, so we see them grow up... For example, Ricardo Messias has two daughters and I remember him when he was a little boy. Summer camps are a transgenerational thing that people really fall in love with. For those who work in this area, hearing people talk about such positive and unique memories makes us feel very happy.'