EDP volunteering: four stories made from the energy of solidarity | edp.com

four stories made from the energy of solidarity.

From small gestures, great stories are written. These are four very special ones. Made of solidarity.

We travel back in time to 2010. In Portugal, Pope Benedict XVI got to know Fátima, Comer, Orar, Amar premiered in movie theaters, and the same-sex marriage law was passed.

In the same year, at EDP's offices, inquiries were made by employees' secretaries to see who would be willing to start a volunteer project. Several said yes. And in this way, an initiative was taking the first steps toward what is today unquestionably part of EDP's DNA.

Ten years have passed. Hundreds of actions were put in place by EDP employees who can dedicate four hours of their working time every month - made available by the rise of the company - to make the world a better place.

Thus, EDP has left its mark in various areas of activity such as fighting energy poverty, promoting quality education, clean and accessible energy, and sustainability in cities and communities. In this way, it can contribute to a better world not only with energy, but with everything it is made of: people.

However, the year of 2020 brought what was not even imagined in 2010: a pandemic that changed the way we work and how we relate to one another - and that forced several EDP volunteer actions that required physical presence, such as environmental volunteering actions, to be suspended. But where it was necessary to pause some initiatives, others were adapted, and many still saw the light of day - new volunteer projects to help improve difficult contexts resulting from the virus and to combat inequalities. A happy union between the energy of EDP people and technology, against Covid-19, as proven by these four stories, shared in an internal meeting that showed how technology also came to complement this more human activity.

Fablab: a secret laboratory against Covid-19

Like the Terminator with Skynet, and Resident Evil with Umbrella, EDP also has a secret laboratory that does not serve to manufacture artificial intelligence or biological weapons, but innovation.

It is called Fablab and it aims to support the construction of prototypes, in an easy, quick, and economic way. However, like many Portuguese, the people in this laboratory were sent home, to work on a telecommuting basis.

But after a few days of assembling equipment and installing various systems in the homes of the members of this team, a different order came: it is time to return to the small laboratory to help fight the pandemic that has plagued the world.

Fourteen EDP volunteers joined Fablab and, through the use of 3D printers, created more than three thousand protective visors for people working on the front lines of the fight against Covid-19, as Jorge Dinis told us. 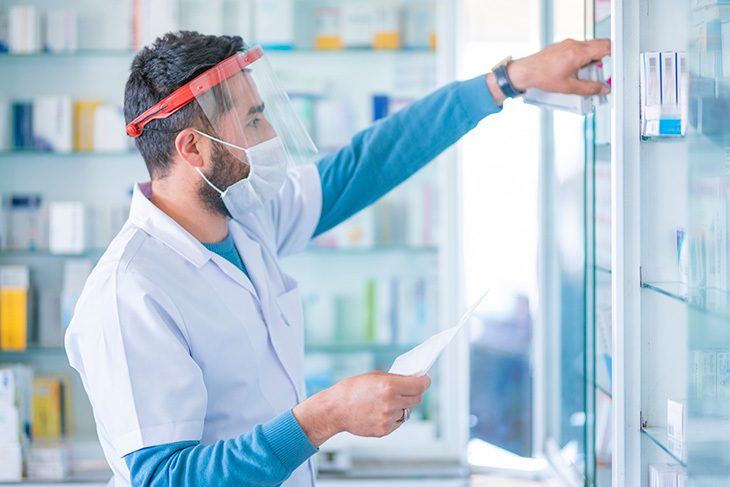 Friendship on the line: a phone that rings and the story of Dona Manuela

EDP has long promoted a face-to-face volunteer action to lift the spirits of the people living in isolation, such as elderly people who have no family, and homeless people who live on the streets and who don't even hear their own voices sometimes because they don't have anyone with whom to share. In these cases, solidarity takes the form of conversations, speaking for hours on end to comfort the hearts of those most in need.

With the Covid-19 outbreak, these two groups saw their loneliness sharpen, along with other needs, which led this initiative to adapt, as explained by the manager of Serve The City - a volunteer institution that works with those who suffer from exclusion, homeless people, isolated elderly people, children and young people in situations of greater vulnerability, among other risk groups - Alfredo Abreu: “The difficulty with social confinement was that we no longer had access to these people. Especially to the elderly because we didn't want to take the risk of bringing death with us, in the sense that we could carry some kind of contagion. With homeless people, they were also asked to leave the street; some stayed in temporary rooms, others stayed in emergency sheltering centers. In both situations they continued having no one to talk to. In order to fight this problem, we created a volunteer initiative called: Friendship on the Line.”

So, instead of the face-to-face meetings, more than 20 volunteers are now in regular contact with isolated people, via telephone or internet. As is the case with Dona Manuela, 82 years old.

She has lost her family very early and, since then, has lived alone accompanied only by a physical disability. With a virus taking over the streets, she struggled alone for two weeks until she remembered that she had a number on the cell phone of someone she could talk to. She pressed Alfredo Abreu's number and, when he answered, she cried. She cried with anxiety, fear, loneliness, but above all, because she was finally able to speak to someone she knew. “I'm 82 years old and I don't remember having been this lonely in my life. I have no money on my phone to call anyone and I asked for help to bring me food. They knock on the door, but as I have a disability, I have to drag myself to the door, and by the time I make it, they're no longer there,” she told Alfredo.

After that call, three volunteers were in charge of frequently calling Dona Manuela, who secretly confessed to one of them that her 82 now feel as if she's 32.

While they talk, the volunteers make a report where they summarize how the conversation went and mark situations of risk, such as hunger, poverty, and depression.

In all cases, the Friendship on the Line project finds a solution to make life a little easier and happier for people who need it. For those who suffer from severe depression, a psychologist is provided, and for those who need food, a volunteer contacts the Parish Council or the Food Bank.

Study with Energy: the power of education

May is the month of energy. In other words, it is a festive month for EDP. And this year, it's even more special.

The Study with Energy project was born, as an emergency response to many children needing computers and help with remote classes.

Developed in partnership with the Ministry of Education, this project seeks to respond on two fronts: first, donating computers, and second, mentoring and support in the accompanying studies.

First, several volunteers went around the EDP building in search of computers that could be donated. In the end, between donating and recovering, both in Portugal and Spain, more than 500 computers reached the homes of those who needed them most, with the help of StudentKeep, which is the bridge between this action and the schools.

The other front of this project is the Study with Energy. This is an Iberian action, jointly promoted by Fundación EDP (EDP Spain) and the EDP Volunteer Program, in which several EDP volunteers are willing to help students, selected by the Ministry of Education in Portugal and Asturias, taking upon the role of mentors and providing support with school tasks. At the same time, through partnerships, we also have explanations from Teachers4Covid volunteer teachers. 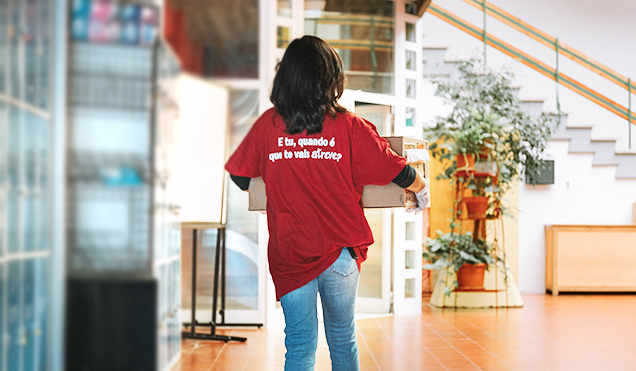 Energy Kit: from the classroom to the home room

For three years, EDP has been in a happy and creative relationship with schools in the country. From this came the Energy Kit project, composed of interactive approaches to energy that are taken to classrooms.

Virtual reality, children's stories, games and cartoons are some examples of activities that not only excited children but also educated them on topics such as renewable energies, sustainability, and many others. In view of the current times, volunteers were faced with a problem: how can they continue to promote this initiative without their presence in the classroom? Tiago Matos, founder of IWAYS - a company that draws on paper and finds creative ways to communicate sustainability conscious projects - explained how: “Activities based on physical materials were suspended. It was not possible to make those materials reach every home or school. We then had to turn all of these experiences into digital games or dynamic teleconferencing.”

However, a volunteer at a conference with twenty students was not feasible and, therefore, another adaptation was needed. Thus, activities were created that could not only be divided into smaller groups for the volunteers to have a closer contact with the children, but could also be passed over to parents or older siblings so that they could teach the younger ones, in the comfort of their homes.

Stories, songs, coloring pages, energy card games, and digital escape games with three different levels are some of the activities of the Energy Kit, which will help keep energy up. Regardless of the pandemic.