Is it more expensive in Portugal than in the rest of Europe?

Do we pay more for electricity in Portugal than in other Member States of the European Union?

In an analysis of the latest Eurostat data (2nd semester 2020) - Portuguese version -  on the price of electricity among the Member States of the European Union (EU), we can see that the final price of electricity in Portugal, for household consumers, is in line with the EU-27 average.

By looking at this data in more detail, we can verify that, if we compare only the energy components (costs of electricity production and commercialization) and grids (transport and distribution of electricity, from the producers to your home), Portugal is in 16th place among the 27 EU countries - taking into account the consumer in the most representative household consumption band in Portugal - DC: annual consumption between 2,500 and 5,000 kWh. 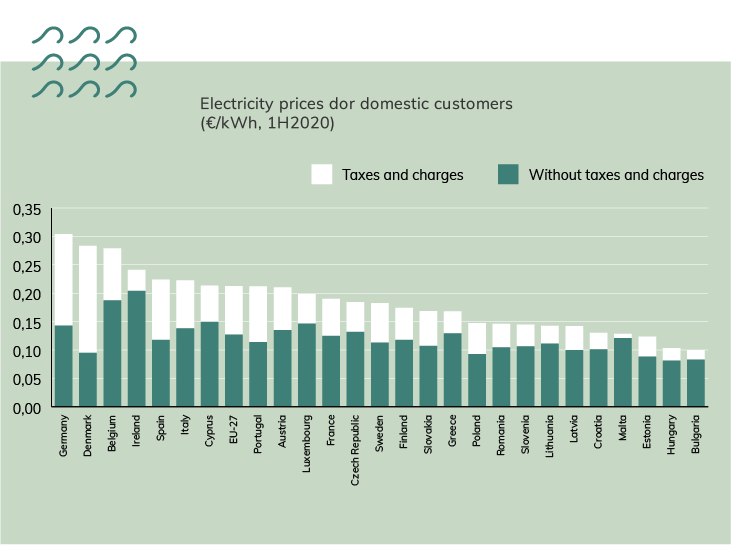 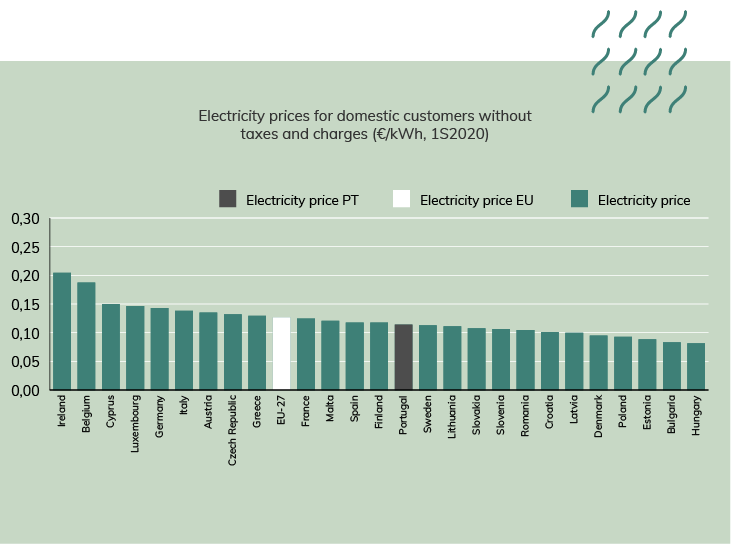 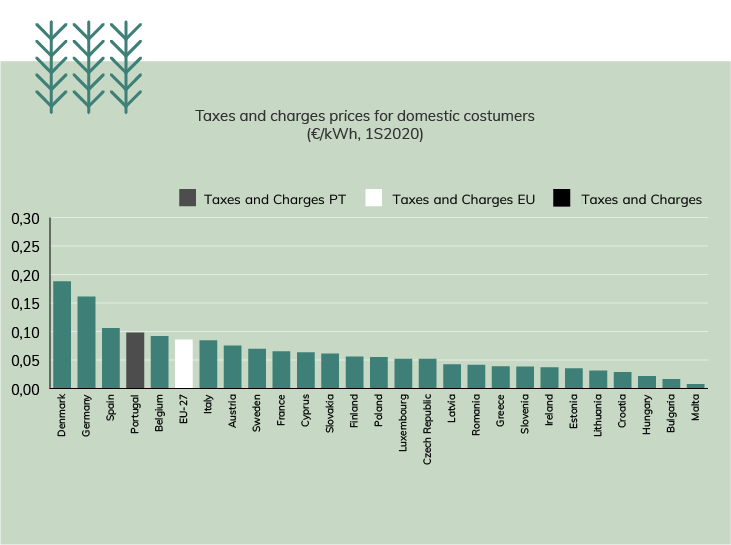 Source: Eurostat
Footnote: This graphics takes into account the consumer in the most representative household consumption band in Portugal - DC: annual consumption between 2,500 and 5,000 kWh.

The price of electricity in Portugal continues to be in line with the average for the European Union, even after adding the component of taxes and charges, such as VAT, the Special Tax on Consumption and other rates.

The “taxes and charges” component in Portugal is one of the highest in Europe and practically doubles the final price of electricity compared to the base value in our country. (see graphics above)

Only Denmark, Germany and Spain have higher tax and parafiscal charges than Portugal on residential electricity bills.

Portuguese purchasing power is below the European average

The truth is that the price of electricity is formed by costs that are practically identical in all European countries (such as the price of fuel and CO2, turbines and other mechanical and electronic equipment in power plants and transmission and distribution grids, among others). The factor that makes the difference in terms of costs between countries is labor, but this ends up having a negligible weight in the total price of electricity.

With this in mind, the price of electricity is not high, since, as we have seen, it is in line with the EU-27 average. But when we compare electricity prices in relation to the purchasing power, Portugal has the 5th highest price in the European Union. In other words, it is the purchasing power of the Portuguese that is below the European average.

Since electricity is a good whose price is formed by costs that are very homogeneous between the various countries, we cannot compare them using purchasing power parity. 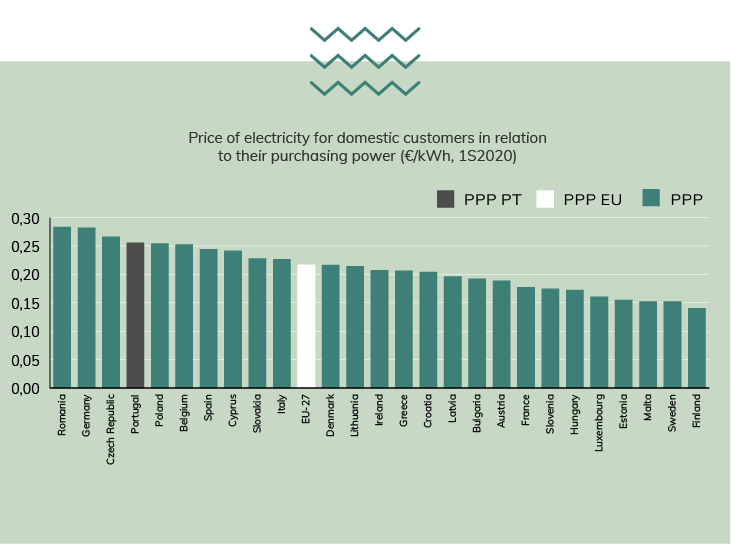 Competition in the generation and sale of electricity

The Iberian electricity market is quite competitive, both in terms of generation and commercialization activities.

In production, Portugal and Spain are integrated into a single market (MIBEL - Iberian Electricity Market), in which the price is equal in about 95% of the hours, reflecting that the interconnection capacity allows optimizing the use of the most efficient plants in terms of hourly costs across these two countries. In terms of commercialization, today there are almost 40 electricity suppliers in the Portuguese free market. 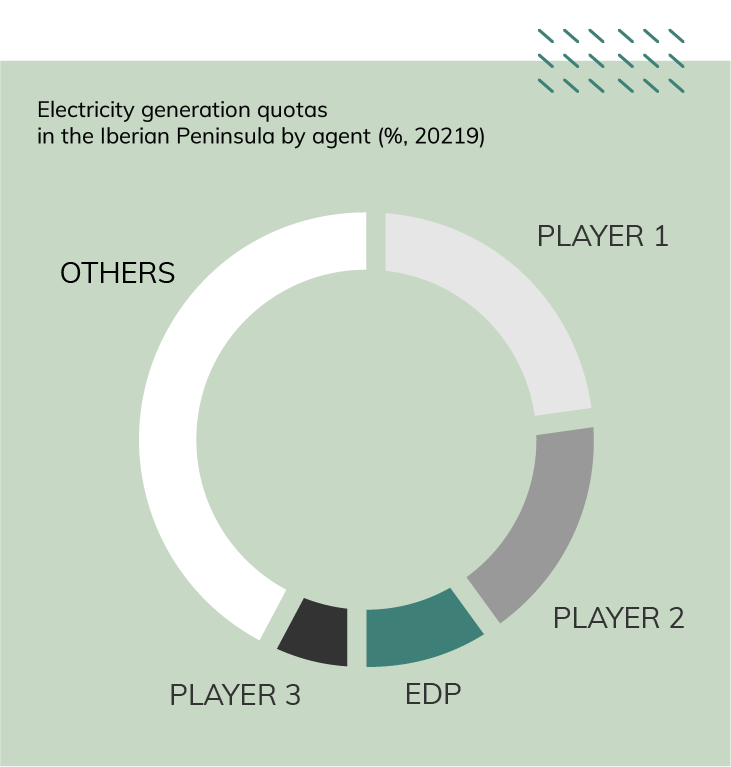 How much do renewable energies cost?